By: Fred Mellen These items were taken from the February 12, 1959 issue of the Graphic Newspaper Conquerville News by Margaret Dragland - Harold Carlson… Read More »

Something on my mind: You shall not murder (Part 2)

By: Craig Funston Last week, we looked at what this sixth commandment does not apply to. So if if it does not include hunting, gun… Read More »

You shall not murder (Part 1)

By Craig Funston: A ton of thoughts flood my mind as I start this column, mostly based on the myths surrounding this sixth commandment. In… Read More » 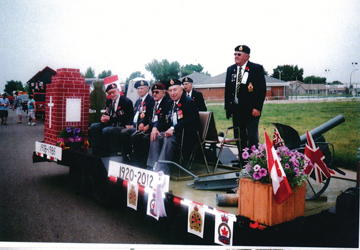 When the “right city” wins a championship

By Rob Ficiur When the Houston Astros won the World Series, I was disappointed because I wanted the Dodgers to win.   That was until I… Read More »

Dressing up for Halloween

By Rob Ficiur This article will be printed in the Halloween edition of the Commentator. On the last day of October we expect to see… Read More »

By Craig Funston I have been in enough homes, classrooms and workplaces in the last 40 years where I have seen, heard, and even felt… Read More »