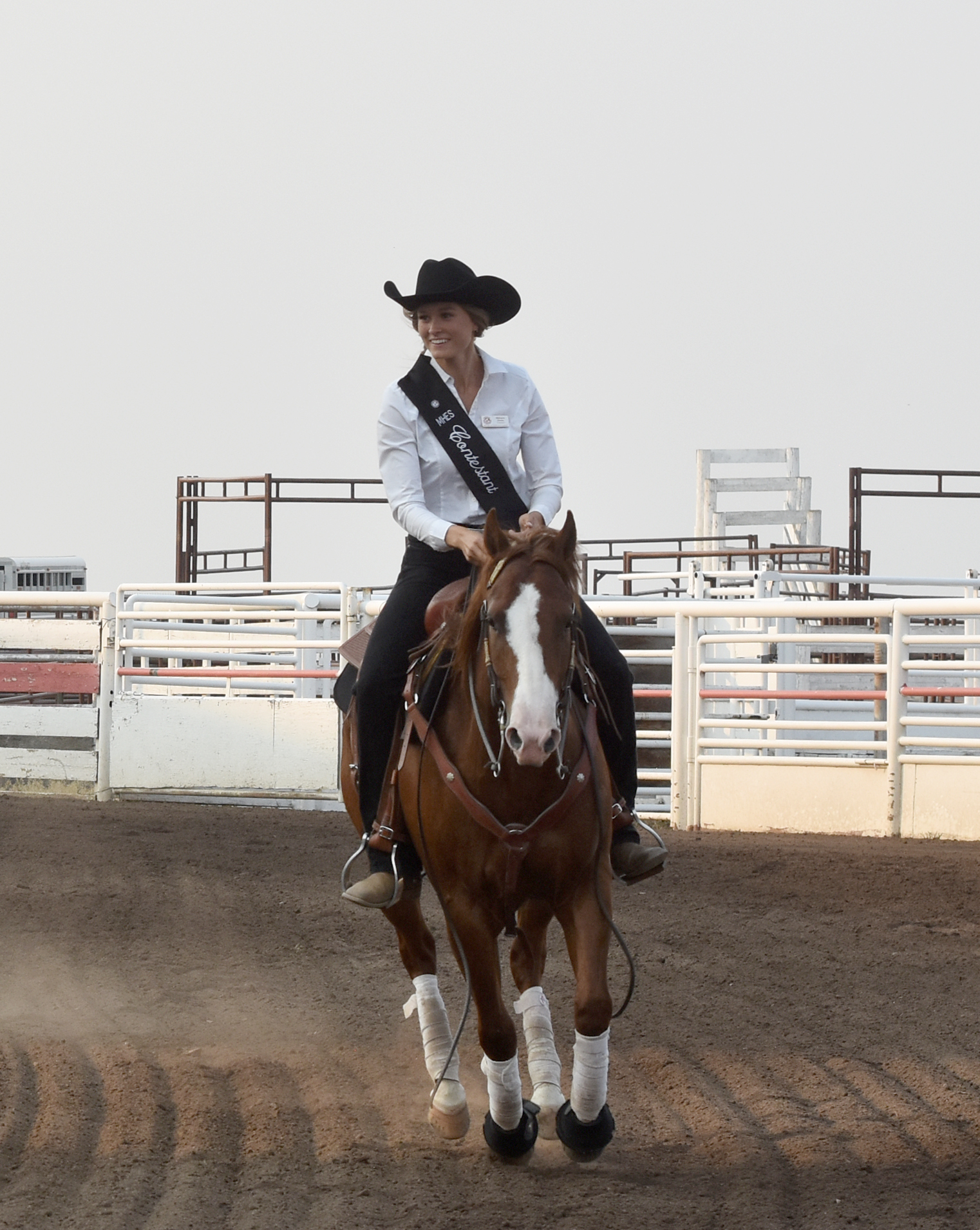 NEWS PHOTO LAUREN THOMSON Makayla Gross, born and raised in Bow Island, rides in the horsemanship portion of the Medicine Hat Exhibition and Stampede Rodeo Royalty Competition on July 15. Queen and Princess will be crowned tonight during intermission of the Summer Pro Rodeo in the Grandstand Arena at 8 p.m.

The Medicine Hat Exhibition and Stampede Rodeo Royalty competition has two participants this year, and each will be wearing a crown by sunset; one will be Rodeo Queen and the other Rodeo Princess.

Dionne Freimark, current Rodeo Princess, said she and Rayelle Smith, Rodeo Queen, have enjoyed being mentors to the competitors this year.

You can watch the crowning of the Rodeo Royalty tonight at the Summer Pro Rodeo at 8 p.m. The participants will be crowned during intermission in the Grandstand Arena.

Gross was crowned he 2021 MHES Queen is on Friday night.