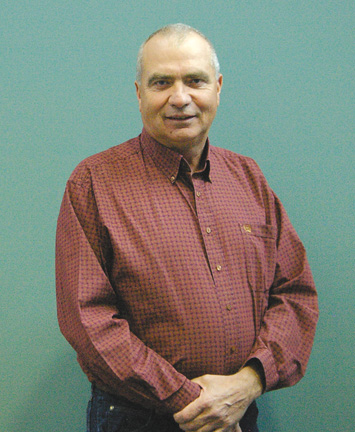 By Carlie Connolly
March 28. was a busy day for both Bob Olson and Danny Fieldberg at the Medicine Hat Lodge Hotel. It was announced that Olson had won the election, with his whole family present to support him.
Although Fieldberg was disappointed to have lost to Olson, he said that before they found out the results, they told one another they would support each other for whoever won.
“That’s the way we’ve always worked. Now that Bob is the candidate, my job will be to go back to what I was doing before, which was supporting the people in the constituency privately that come to me for my help with issues and at the same time any help I can give Bob either politically or with my connections or support, I am more than happy to give it to him,” he said.
Before giving his speech at 9 a.m. to around 30 people, Olson said he had butterflies in his stomach and that when his name was announced, he was very happy.
“I’m in the mode now and completely ready to go forward with this project,” he said.
He said that throughout his campaigning both he and Fieldberg worked hard through their efforts.
“It’s an election, you never know how they are going to turn out.
We just went and did our own work on the campaign. I knew that he was working hard and so I knew I had to work hard and so our team did work hard and I know his team worked hard.”
Olson has been busy since his win, travelling to Red Deer the next day for what they call a campaign college where he met with all of the people running in the next potential election, discussing various issues for when things begin to unfold.
He said that with this journey as a PC candidate, Cypress County has been a good backbone through it all.
“The experience at Cypress County has no doubt helped me already and will continue to help. Absolutely an excellent place to start and getting the experience there was very valuable without a doubt.”
Having sold his farm in Jenner, he’s been also keeping busy preparing for his auction sale of his farm machinery and equipment on April 23.
As he prepares for the next election, he wanted to thank all of the people who drove out from a far distance to vote for him.
With the big day having a good turnout, Fielberg said he was disappointed to have lost, but will continue on with his duties he had before the election.
“I’m a little disappointed that I didn’t get the support I thought I would get for the work I’d done over the past years, but I’ve always been committed to the community and always will be and so I’ll continue to move forward to help the community.”