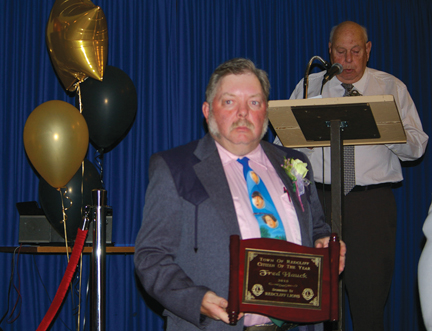 Redcliff's Fred Hauck has been recognized for all of his volunteer work in the community with the Citizen of the Year award.