Musekamp throws hat in ring for Liberals in Cypress-Medicine Hat 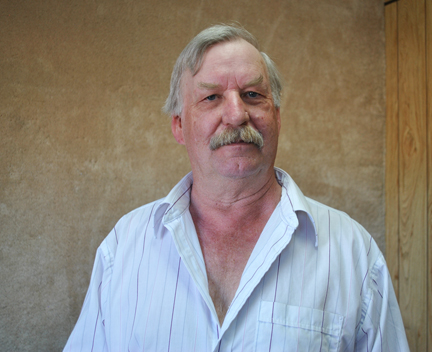 Winnifred resident, Eric Musekamp announced last week that he would be running for the Liberal Party in the Cypress-Medicine Hat riding.

By Jamie Rieger
With just one day to spare before the deadline for nominations, another candidate has submitted his nomination papers and is running in the Cypress-Medicine Hat riding.
Eric Musekamp, who is running for the Liberal Party, said the main reason he decided to run was to give voters a middle-of-the-road alternative.
“There was not anybody who was middle-of-the road and the Liberal Party is the closest to middle-of-the-road of any of the Parties,” said Musekamp. “Additionally, they are the ones who have come forward for my cause, equal rights for farm workers.”
Musekamp said he has raised the profile on farm worker rights over the past several years and many farm operations now do take out Workers’ Compensation for their employees.
Musekamp plans to continue his push for equal rights for farm workers.
“In regards to the provincial budget that was released last month, Musekamp said that the Liberal Party would look at a more balanced  approach that would include raising corporate taxes.
For health care, Musekamp said that the PC government has been cutting funding in the wrong places and often without any knowledge of the patient.
“They cut funding for diabetes tests and the person does not realize the funding has been cut until they go for the test. This is weasel politics and indicative of how the Conservative mindset works,” he said.
“I support the Liberal philosophy of taking care of our front line workers to ensure a better quality of life for Albertans.”
On property rights, Musekamp said, “the Liberal Party would be much less restrictive than this nonsense we are seeing now. There must be due process and there must be transparency.”