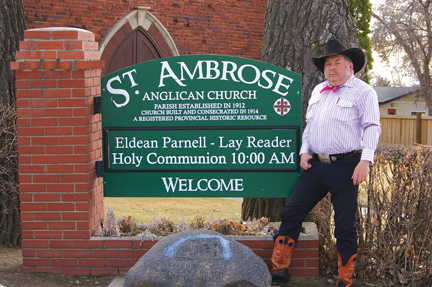 Redcliff's Fred Hauck has been named Redcliff's Citizen of the Year. Hauck is pictured at the St. Ambrose Church, one of the many places he has volunteered over the years.