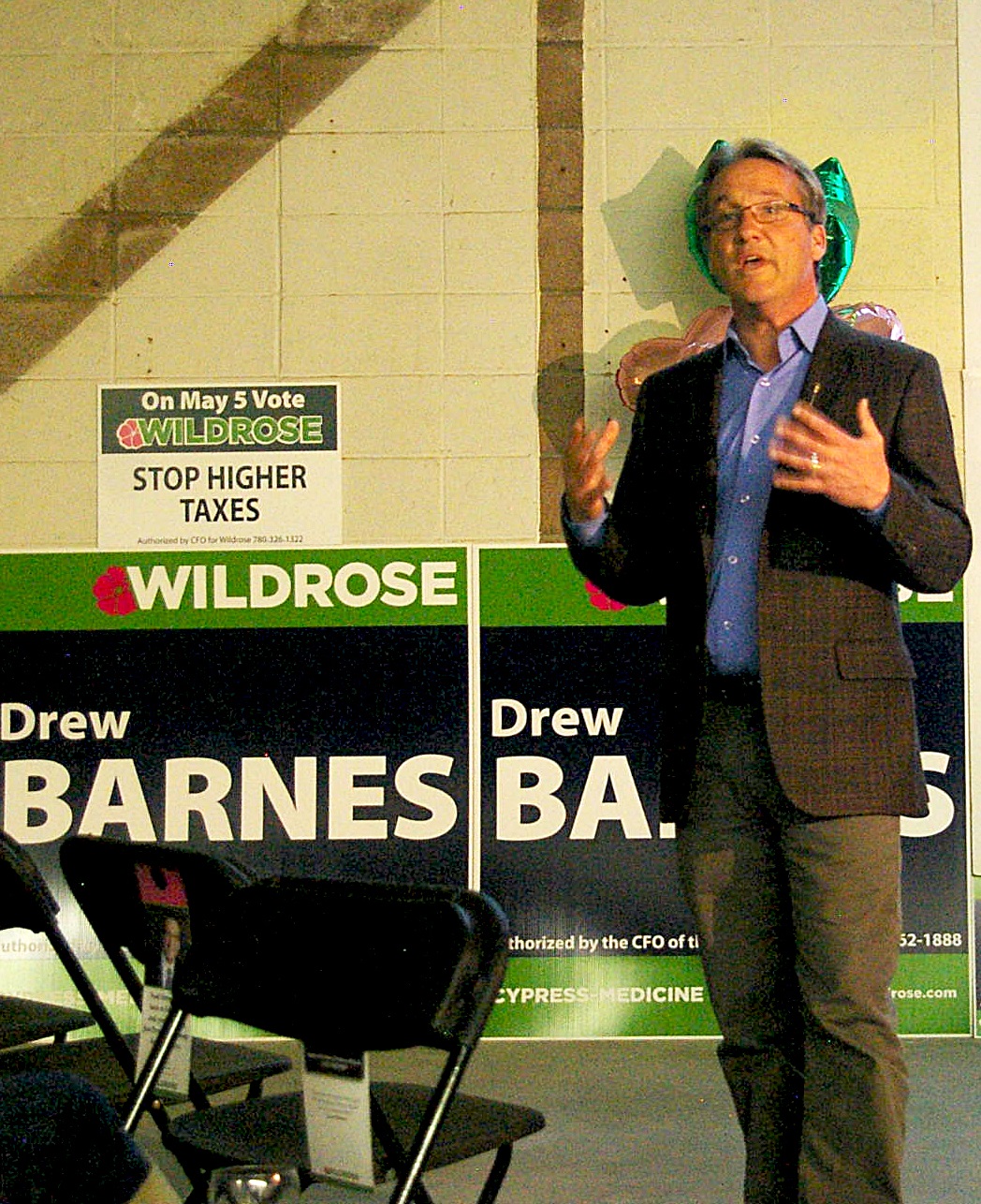 Drew Barnes has reclaimed his seat as leader of the Cypress-Medicine Hat riding.

Incumbent Wildrose M.L.A Drew Barnes won in Cypress-Medicine Hat pretty handily on Tuesday night, but his story was easily overshadowed by the absolute ground shift in Alberta politics with
the NDP winning a majority across the province.
Barnes said he was grateful to be re-elected and was ready to take Wildrose values back to Edmonton as a member of the official opposition.
“I’m so grateful the values of the Wildrose policies and principles, and my values, line up so well with the values of people in Cypress- Medicine Hat,” said Barnes shortly after being declared victor in his
race. “Our desire to be a strong part of Alberta, but our love of independence, our desire for a government that’s more efficient, a government that has less bureaucracy. A government that puts the
taxpayer and the citizens needs first. So I am very grateful to Cypress-Medicine Hat residents for being returned.”
Barnes said he can only interpret the provincial election as a complete repudiation of the 44 year PC dynasty.
“I think the overall message here is to a party that got too entitled, too wasteful, Albertans showed them.”
PC candidate Bob Olson placed a distant second in Cypress-Medicine Hat. He came over to Barnes campaign headquarters to extend his personal congratulations to Barnes after Barnes was declared. Olson was proud of his campaign, but was concerned for the future of Alberta with an NDP win.
“I am disappointed more in the total election of the province moreso than myself. I think it’s going to be a big change for Alberta. I really don’t think Alberta is ready for it, and I feel way worse for Albertans than I do for myself,” said Olson.
Liberal candidate Eric Musekamp was very happy with an NDP majority despite finishing last in Cypress-Medicine Hat himself.
“Frankly, I was surprised by the results,” said Musekamp. “I kind of thought Albertans would wuss out when it it came to going to the ballot box. The New Democrats and the Liberals have a lot of
commonalities and the New Democrats represent a much broader part of what the Liberal talk about.”
The NDP’s Bev Waege had a surprisingly strong third place finish despite running a low profile campaign. She said on Tuesday night she was thrilled to be part of this amazing moment Alberta history.
“It’s exciting! Running in this campaign has been eye-opening and I am kind of pleased to be part of history.”