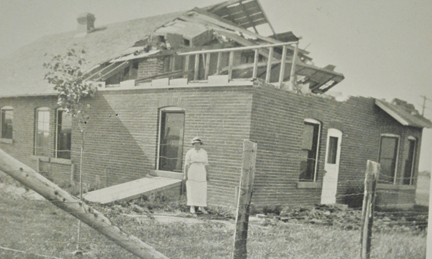 PHOTO COURTESY OF THE REDCLIFF MUSEUM - The Brant home was one of many damaged in Redcliff during the 1915 tornado.