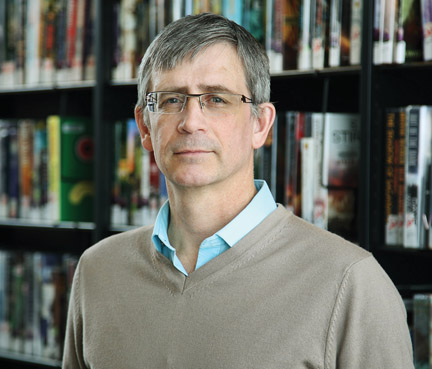 PHOTO COURTESY OF BRETT LONEY - Brett Loney has spent the last three years researching and writing a book about former Bow Island physician, Dr. Harry Nikaido, whose treatment by the Canadian government during WWII led to a life of frugality and simplicity.

By Jamie Rieger
Long-time residents of Bow Island likely recall Dr. Harry Nikaido and his unique character and generous nature. While many knew him as the town phycisan, they may not have known much about his life before becoming a doctor and the life experiences that made him the man he was.
Former resident award-winning journalist Brett Loney has spent the last three years researching the life of Nikaido and tells the story in Rebel with a Cause: The Doc Nikaido Story, that tells of his experiences of living through World War II and how terribly Canada treated him and more than 20,000 other Japanese-Canadians.
“When you are growing up, you don’t realize some to the interesting and unique people there are in a place. As I got older, I realized this about people, and of Dr. Nikaido,” said Loney. “I started asking more questions about him and realized this is somebody whose story needs to be told.”
Nikaido was noted in Bow Island for living a frugal lifestyle, only charging his patients enough for him to make ends meet, and in order to pay as little income tax to the Canadian government as possible.
“He was shaken and very angry. He was among 22,000 others who lost their homes, their businesses, their cars. He was embittered by that and I believe the way he lived his life after was his way of getting back at the government. He was not a materialistic person at all, but that part of his life was a factor in how he lived. He clearly marched to his own drummer,” said Loney, adding that during the research process Loney himself learned more about the travesties that the Japanese-Canadians endured,
Loney also said part of the reason for his doing the book on Dr. Nikaido was his interest in the doctor’s story.
“The other part was I felt a responsibility to the community that was good to me and my family. This was a way for me to give back,” he said. “What is really interesting is that the people in Bow Island know of his adult life and his family knew of his younger life, but neither knew of each other.”
Nikaido may have come across as a firm man, but to those who worked with him, he was a team player and made his staff feel that they were more than just employees.
“On the surface he was firm and stern, but those who worked with him had a lot of respect for him. In the mid-1950s, early 60s, he was the first doctor were the staff worked as a team. This was the day of the starched white uniforms for the nurses. Dr. Nikaido treated his nurses as equals and respected their abilities,” said Loney.
Another aspect of Nikaido’s life that Loney uncovered was that he was an accomplished athlete during his university years.
“I can remember as a young person watching him play slo-pitch and people were mocking him. What a lot of people did not know was that he was an elite athlete at university and played soccer, rugby, lacrosse, and basketball. When he was in Bow Island, he was also a fantastic golfer,” he said.
Loney will be holding a book launch of Rebel With A Cause: The Doc Nikaido Story at the Susan Andersen Library in Bow Island on Oct. 6.