Cypress County has surplus budget for 2016 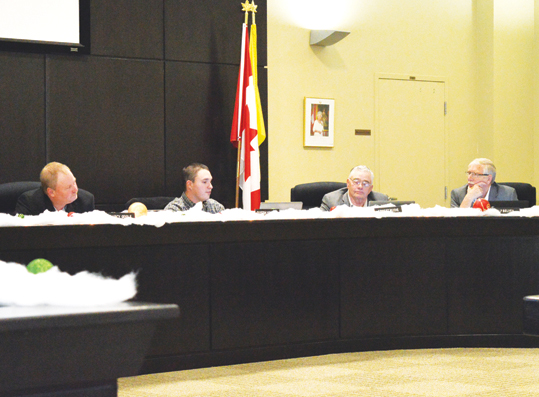 Cypress County released its draft 2016 budget at the Dec. 1 meeting of council. As it stands the budget will be a balanced one with a small surplus of about $88,000. There will be no new tax increases in 2016; although some fees will be going up to cover the additional costs associated with bringing the new waterline into Irvine and Walsh. These will be applied through the billing for additional water now provided by the line.

Director of Corporate Services John Belanger presented the $36.5 million budget to council. He cautioned while this year’s budget picture was looking good, there are some longterm concerns council may eventually have to address.

“Our property taxes are decreasing by $600,000, and this is mainly a result of our reassessment of linear taxes,” said Belanger. “Property taxes now account for 66 per cent of our budget, and it has been 69 per cent for the last couple of years. With the reduction of the $600,000 that has dropped. It is something we have to be mindful of. Is it a trend? Or is it just a result of the lower (linear) assessment? Or as a result of the economy today? We’ll have to keep track of that and be mindful of that next year to see if it goes down again.”

Cypress County has about $986,000 worth of longterm debt and nearly $57 million in dedicated reserve funds, putting it in a good position to weather Alberta’s current financial storm.

Some minor amendments were suggested by councillors during the Dec. 1 meeting, but the overall picture should remain pretty much the same heading into the budget vote at the Dec. 15 council meeting. All the draft numbers are currently available online through the Cypress County website.