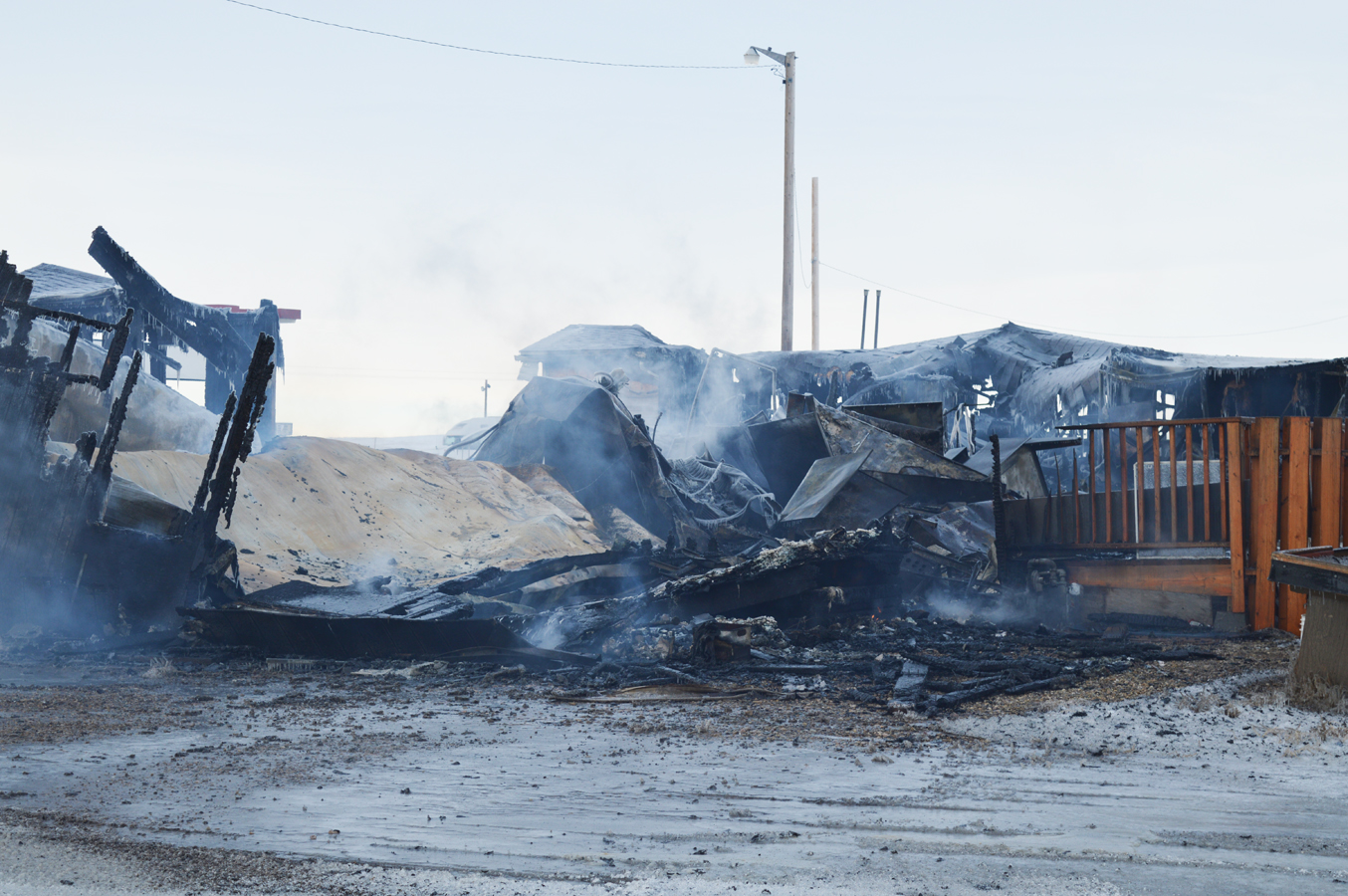 Suffield’s Snack Shack, formerly known as Kingos, burnt to the ground in the early hours of Sunday morning. Reports came in of a fire in the building shortly after 1 a.m. Firefighters were on the scene within 15 minutes, but the fire was already well advanced, according to Cypress County Fire Chief Dennis Mann.

“The building is pretty much done, I think,” said Mann. “When our firefighters arrived on scene the fire was already into the attic when we first got there so it was well involved.”

Mann said crews knew immediately there was not much to be done, but persevered in the frigid temperatures anyway well into the mid-morning hours.

“With weather like -23 C the guys tried to save what they could, but once it had cleared the ceiling it was difficult.”

The Office of the Fire Commissioner and the RCMP were on the scene for most of the day on Sunday. No cause for the fire has yet been released.