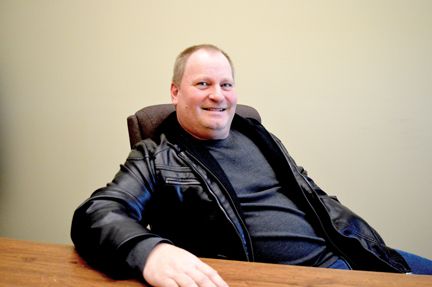 By Tim Kalinowski
Cypress County can look back with pride on what it accomplished in its 30th year of operations in 2015, says Reeve Darcy Geigle. This is especially true on the water side of things.
“I think we accomplished quite a bit. I think we are finally getting some water flowing to Irvine. We still need some more in Dunmore; it seems the hamlet wants to continue to grow there. Walsh is getting closer.”
Geigle says the completion of the new Dunmore-Irvine-Walsh waterline is certainly something to celebrate.
“We had been in negotiations with the province for probably five years over Irvine’s wells down there. We had funding, and then we didn’t have funding. Then they turned us toward the regional line, and finally when that got all figured out suddenly there was no money for that. That’s kind of why the County stepped up and did it ourselves. It was money well spent, and kind of the way we financed it and everything, with almost no interest rates right now, it’s more of an investment than an expenditure,” says Geigle.
Geigle acknowledges while not all is rosy on the economic front in the County right now due to the drop in oil prices, he says the County is going to do whatever it can, within its own power, to help.
“It’s kind of the nature of the beast if you live like Alberta does with heavy demands on the oil industry; when that crashes. It’s happened before and it has rebounded every time, so hopefully it does again. We didn’t increase the taxes this year, and that helps everybody a little bit… We are working toward seeing some different kinds of companies (other than oil and gas) moving in to invest in Cypress County,” says Geigle.
According to Geigle, this kind of diversification is key to the County’s long-term growth strategy and continuing success.
“Looks like, good or bad, with the change in government there is a change in thinking,” states Geigle. “It looks like windpower and that stuff is going to be getting some subsidies. So it looks like the big push now and the County is in discussions with different kinds of businesses than have been here in the past. We are attractive to these kinds of businesses because of the big yards we have here and because of the low taxes.”
Geigle says agriculture remains a huge pillar of the County, and he is relieved the 2015 drought did not have an even worse impact on local producers.
“Surprisingly enough the drought affected only basically the grass. I don’t know how it happened, but most places, especially those with wheat crops, were average yield. The yields on more expensive crops like canola and lentils were way down, but, given the kind of year we had, I was surprised anything grew. It could have been worse.”
Heading into 2016, Geigle predicts water licences will continue to be a huge issue the County needs to address to get local communities growing. Lack of water has been a major hindrance to hamlet growth in recent years.
“We’re trying to find some deals (for water licences), and that all stems back to the government’s handling of it,” explains Geigle. “When you transfer some rights they take ten per cent away right off the top. Plus you can’t stockpile it. You need some place for that water to go before you can get it transferred. You need to have your growth figures and the usage for the water laid out when you buy it. Five years ago when we started buying more water licences there were lots available; now it’s getting tougher to find them plus it costs you more money too.”
He is also hoping there will be more infrastructure money coming from the provincial government to finally have some work done on re-paving, and addressing other long-standing infrastructure needs, in hamlets in 2016.
“The reason the County is growing is because we have always kept the taxes low. That’s why companies have been coming here and that’s why people have been moving out in huge numbers into the hamlets. I think we are heading in the right direction. But as things get more expensive now it’s little steps at a time instead of big strides,” says Geigle.
With tough economic times expected to continue in the province this year, Geigle says Cypress County council is making greater efforts to make itself available to ratepayers and citizens. Geigle is encouraging anyone with issues they think council can help with to approach he and his fellow councillors. The Reeve will be holding his first of many public meetings from 1-3 p.m. this Wednesday, Jan. 27 at Cypress County offices in Dunmore for anyone wishing to stop by.
“We are trying to be more approachable, and right now as these tough economic times get harder on us we’ll have to deal with the situations as they come up,” explains Geigle. “We want people to feel comfortable coming to us if they have problems. But also keep in mind that what we do for one, we have to do for everybody.”