Posted on November 8, 2016 by Tim Kalinowski 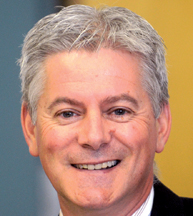 File Photo PRSD Superintendent Brian Andjelic announced his pending retirement at the end of the current school year at Tuesday's board meeting. Andjelic started his career in the region as a teacher in 1979. He has been PRSD superintendent since 2013.

Prairie Rose School Division Superintendent Brian Andjelic shocked PRSD school board trustees at the Tuesday meeting by announcing his impending retirement at the end of the current school year.

Trustees and staff members were visibly choked up as Andjelic made the announcement, and spoke about what his career has meant to him.

“The future is created,” said Andjelic in his concluding remarks on Tuesday, “by applying talent to aspiration. I wish the trustees the very best in their upcoming superintendent search.”

After the announcement, PRSD board chairman Stuart Angle said Andjelic has been a force for positive change in the school division, and will certainly be missed by students, staff and all the trustees.

“It is a surprise,” stated Angle. “When someone who has done a really great job, and you are working with all the time; when they decide it is time to retire, they are going to be very missed.”

Angle went on to praise Andjelic for his vision and sense of purpose.

“He has provided us with very clear direction, a good sense of sensibility, a calmness and a purpose,” said Angle. “Brian’s sense of purpose has distilled down to every level of the school division.”