A glimpse back to 2016 at Commentator 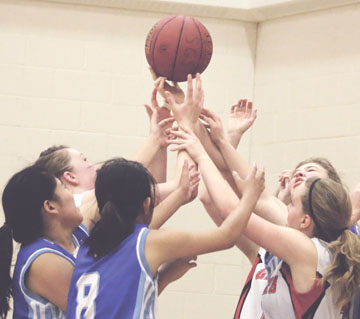 Photo by Jamie Rieger- The editor picks this photo from the final Senator Gershaw girls' basketball of the season as her favourite photo of the year.