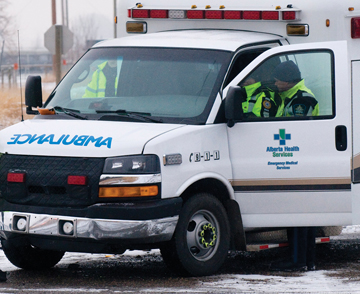 © Lethbridge Herald photo by Ian Martens- Non-emergency transfers are causing frustrations among some EMS workers who are worried about losing timely ambulance coverage in their areas when transfers force ambulances to travel out-of-area.