Former Cypress County reeve all for the new UPC party 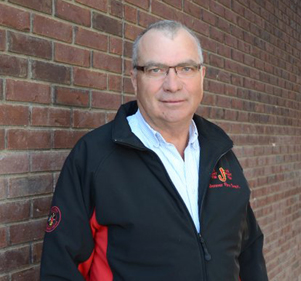 By Justin Seward
After the Progressive Conservative Party and Wildrose Party voted to merge on July 22 in Alberta, there were mixed reactions province wide.
The newly formed United Progressive Consevative Party (UPC) will now be the newly formed opposition in parliament and is a concept that former Cypress County reeve and PC MLA candidate Bob Olson is looking forward to seeing unfold.
Olson said the platform seems to be surrounded by defeating the NDP but he would like to see more of the UPCs working together with their new ideas to make Alberta better.
The provincial issue that he would like to be seen cleaned up includes the Alberta Health Service and placing more of a focus on streamlining the service more.
“I think provincial unions are getting too big and powerful and continually get a lot of stuff, that could be done by individuals and others that promote their own business ,” said Olson.
“There’s too many employees in one spot and not enough in another. ‘Defeating the NDP’ is continually words that irritates me because the mandate should be, ‘To go out and make things better for Albertans,’ rather than focusing on defeating anybody. You win by doing the good things.”
The one time Jenner farmer said he has no concern about the folks in Cypress County having any immediate concerns with the UPCs.
“I think Cypress County was ran quite well and received well by the government in the past and I just hope that would continue,” said Olson.
“The time I was there, we seemed to get along well.”
The new political party has 29 MLAs with 22 former Wildrose MLAs and seven PCs rounding out the constituency.