Cockle wants to give back to Redcliff community 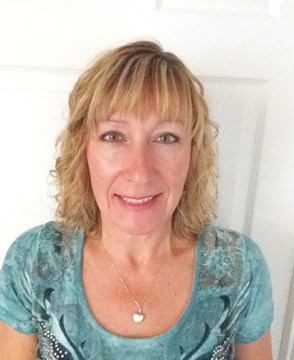 By Justin Seward
Shawna Cockle is a Redcliff resident and will be seeking her first term on town council come October’s municipal election.
For many years she was a stay at home mom, while for the past six years worked at the City of Medicine Hat as a city transit drive and now has taken on the position of wanting to be more involved in her community again.
“I have spent many years working and being involved in non-profit organizations,” said Cockle.
“I have sat on numerous boards and I am associated with Chere Brown, who was the past councillor, and talked to her about her involvement and my involvement.”
She has lived in the town for many years and knows that everyone on council has a different view and prospects on how town moves and goes.
“I would like to be able to think that I could listen to the people and try to get back to them on a timely manner on any issues that come about,” said Cockle.
“I want to be a voice. I would like to bring a balance between male and female on the council. I think that’s been beneficial in years past and would like to see that maintained and not an old boys club.”
She has noticed the town has no major issues other then infrastructure that needs to be updated and that’s where town’s concerns lie in the reason of cost.