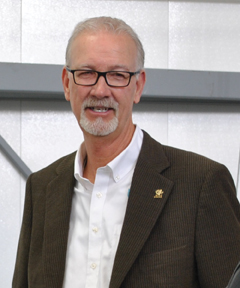 Commentator File photo by Jamie Rieger- Ken Kultgen has more work he wants to see accomplished in the village of Foremost and is seeking another term on council.

By Jamie Rieger
After more than two decades serving on Foremost council, Ken Kultgen will be taking another run at it in the upcoming municipal election where seven candidates are vying for five seats on village council. Kultgen said it’s nice to see an increase in municipal politics in a community that hasn’t had an election in years.
“I have enjoyed serving the community. I’ve been involved now for 22 years; three as councilor and the rest as mayor,” said Kultgen. “It’s nice to see concern and interest in our community politics. I am very pleased to see people running for council.”
Over his tenure, Foremost has gotten a lot accomplished, but there is more work to be done, according to Kultgen.
“We have gotten a lot accomplished in that time. We have two new subdivisions, an industrial subdivision, the community hall, arena expansion, upgrades to the pool, and the unmanned vehicle testing at the airport, something I want to keep working on,” said Kultgen. “We are also are in the process of having the reverse osmosis water plant being built.”
“We have had a lot going on. There is a lot of potential with the rail line. Rail would allow an option for transporting things like frack sand. There are just more possibilities here now,” he added.
Kultgen said that while council makes the decisions, it is the community and the staff at the village office who step up to get things, like the arena expansion, completed.
“The people in the community have really stepped up to the plate for so many things. It takes real doers; there are lots of thoughts and ideas, but it takes the people to get these things done,” he said. “The staff at the village office has made my job easy and lots of times they do not get the kudos they deserve.”