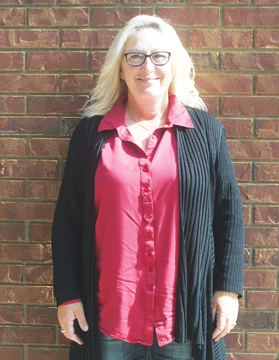 Michelle McKenzie is running for Ward 1 (Schuler/Hilda) in Cypress County to ensure her community has a say at council.

By Justin Seward
Michelle McKenzie will be up against Shirley Roy and incumbent Art Squire for the Ward 1 (Hilda/Schuler) seat on Cypress County council in the Oct. 16 election.
McKenzie grew up on a farm near Schuler all her life before becoming a cabinet maker with Wood Visions Inc., in Medicine Hat for 10 years and was a former school bus driver for Schuler School and Eagle Butte High School.
Additionally, she was a flagger for Affordable Paving in Medicine Hat this past summer.
She wants to run for council because she feels the entire ward needs to have a say in what is going on in the community.
“We have a lot of rural roads out there and there a lot of challenges in the rural communities out there,” said McKenzie.
“I would like to set up some sort of easy way for people to phone me and then I would phone the county to relay the word if there is a problem with the roads just to keep up on the up keep of the roads and make sure everybody is safe in our ward.”
Schuler and Hilda both have old cemeteries and the county has declined the care of them in the past and there is no one looking after them and an issue that McKenzie would like to find out who is responsible for the maintenance and clean up of the graveyards and try to do her part.
She is looking forward to the challenge presented with the two other candidates in the ward.
“It’s about time we’ve had some competition there,” said McKenzie.
“They’re both qualified candidates and I think whichever one of us wins is going to be good for it. I don’t want necessarily to put it on the map, I just want to keep it so it’s a great place to live.”