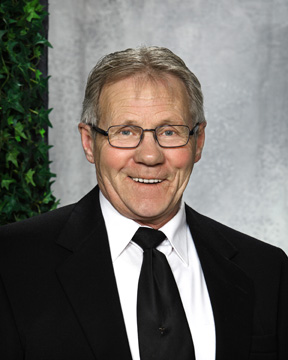 Submitted Photo- Ernie Reimer will be running again for mayor of Redcliff, having his seat contended by Dwight Kilpatrick.

By Justin Seward
Redcliff Mayor Ernie Reimer began his tenure on town council in 2010 before getting elected as mayor in 2013 and now for the second consecutive election will have a different challenger for the mayor’s seat from Coun. Dwight Kilpatrick.
Reimer has always had an interest in politics having grown up with it around his family and it was while he was working as a part-time custodian at Isabel F. Cox School and after retiring from CFB Suffield that he said ‘what the hey, if these guys can do it, I’ll give it a go and see what happens.’
He was successful at getting in as he had the third highest votes as a councillor.
Now hopefully going into his second-term as mayor after the Oct. 16 municipal election, Reimer has learned over the last four years to listen to his electors.
“Every citizen counts in this town,” said Reimer.
“Not just one or two or any organizations. You cannot have any favourites. You need to look after the needs and wants of all of the citizens, including from the youngest to the oldest and try not to be biased, and work in collaboration with your neighbours that surround you, that’s really important, (the) City of Medicine Hat and Cypress County.”
While being a member of the Economic Development Alliance (EDA), Reimer wants to see more economical opportunity for Redcliff, and look after the safety, cultural and recreational needs, while maintaining a strong working partnership with the food bank so the local citizens have their needs fulfilled.
He said the town has new initiatives going with their aging infrastructure and council will have to work towards replacing damaged buildings after the 2013 flash flood.
“It’s high on the priority list for us to mitigate that,” said Reimer.
“We don’t want another big flood where people have their basements flooded again. We’re going to be focusing on the extension of the Ninth Avenue/Saamis connection. We’ve got the eastside development going on and there’s a school proposed too and we’re hopefully going to push for that too.”
There is also the possibility of looking at a downtown revitalization project at Broadway Avenue and Third Street where there are constraints on buildings on the block.
Reimer added that there needs to be continued discussions between the town, county and city about the water line from Redcliff to Suffield.
“We need more water licenses,” said Reimer.
“We’re getting close in position now that if we are able to acquire anymore water licenses, we’re in the position where we need to look after that. They’re really hard to come by.”