County seeking per call basis for fire agreement with the city 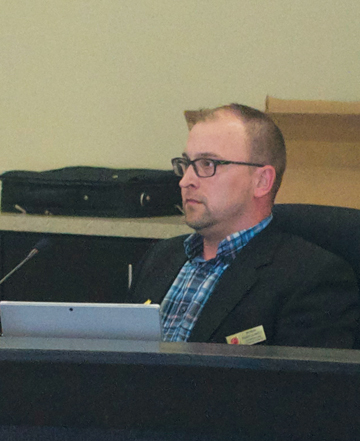 Cypress County council had a lengthy debate on three different scenarios that were presented to them as a part of the fire agreement with the City of Medicine Hat at the Nov. 21 regular meeting.
Council had a narrow vote of 5-4 in favour of using the city’s fire service on a per- call basis fro 2018. This decision will allow for the development of a Dunmore fire station response zone which is similar to the City of Medicine Hat’s current response zone in Cypress County with the exception of a change to the westerly boundary.
The area west of Range Road 70 would be covered by the Seven Persons Fire Station.
The City of Medicine Hat’s attendance at calls will be at the discretion of the county’s incident command and will follow dispatch protocol. Dispatch protocols are developed by established standards, guidelines and boundaries set out by the best practices and in consultation with Cypress County Emergency Services and 911 dispatch management.
“It’s in the best interest of the county to go with Option #1,” said Coun. Robin Kurpjuweit.
“Not saying at all that I don’t respect and appreciate the work that our volunteer guys do. But we cover almost 40 per cent of our residents with our current first response zone of the city using only 25 per cent of our fire budget. Per capita, this is the most reasonable way for us to approach fire services and to strengthen it and to equipped our outlying fire stations.”
However, Coun. Dustin Vossler looked at the agreement as a opportunity to being fair to the rate payers and giving them equal amount of service and if it were to change then the county residents will not get the same amount of service.
Coun. Ernest Mudie agreed with Vossler for the fair amount of service the county is receiving but did mention that many of the hamlets do not have hydrant services and there is a chance your house is burning down. However, if the fire were to occur in the city, people can just go to the neighbours houses.
“This is about money,” said Mudie.
“This is our money and this is a collaboration. We’ve struck a deal. We are working together and that’s what it’s about. This is not about ICS, this is about business and this is our business and our taxpayers money and our residents are going to get service.”
Mudie supported the annual flat-rate call cost that associated with the city’s fire services which would equal per call cost every year.
Coun. Darcy Geigle reminded council that the fire bylaw reads that the county is a “defensive first only,” and response time is what it is and if everything was done on a per capita basis, nothing would be accomplished because of the county’s size.
“I don’t see the difference between 1 and 2 other than the yearly fee and still have the area,” said Geigle.
“Can’t they just go per call? It has no bearing on the call going to both and be decided in 30 seconds which one is answering.”
The per capita basis will give the county a number that is workable for the year, while giving the city a budget number for the year to provide the county service with.