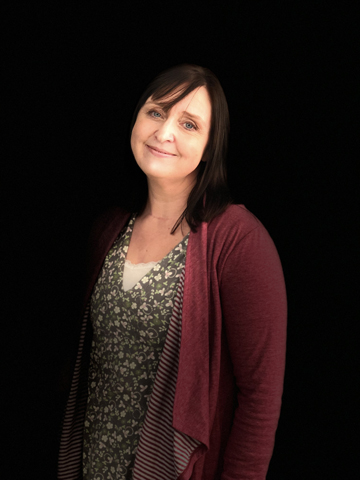 Photo submitted by Angela Baron Ralston School kindergarten teacher Sonia Stanton was recently informed she is one of this year's recipients of the Queen's British Empire Medal for her service in Canada.

A Ralston School kindergarten teacher was honoured with the Queen’s British Empire Medal, which she will accept in England this summer at a garden party with Her Majesty in attendance.
Sonia Stanton, who originally hails from the U.K. but has also taught in Germany and Malaysia, is a civilian officer with the British army.
Her class consists of the children of British and Canadian military officers stationed at CFB Suffield, as well as civilians’ kids from the area, but she says 90 per cent of her students are military children.
“I work for a department of the Ministry of Defence back in the U.K. and they have schools all over the world, so wherever there are British serving soldiers, we typically have our own schools,” explained Stanton.
She says she’s humbled by the recognition of her teaching abilities, but is left curious wanting to know who nominated her.
“It’s lovely,” said Stanton. “It’s just a really good honour.
“Somebody has to make a recommendation to the U.K. government and then they look into the validity of what someone has said about you. Then they decide what level of award you would then be required to receive.
“I’d really like to know (who nominated me) just to say thank you.”
The U.K. government isn’t allowed to tell recipients who nominated them, only what they said.
“My award comes through the British Commonwealth Office and I asked them to say, ‘How did you even get my name,’ but they can only tell me what someone’s written about me,” she said.
Whoever nominated her did so for giving support to families wherever she teaches, preparing them for their future studies once they return across the pond.
“Lots of teachers put in additional hours outside of their working day,” said Stanton.
“I also put in lots of work to help families make informed choices. So more than just teaching in the classroom, I look at what the impact will be for the child and what the impact will be for the family and how they can plan for the future.”
She said this work is especially vital when dealing with children from another country with a different education system.
“Because we’re from the U.K., we have a different curriculum and it has different age cutoffs,” Stanton said.
“So far example, we start formal schooling when you’re three, whereas in Canada you’d start your schooling when you’re five.”
She noted that this also varies from province to province, with Ontario beginning schooling at age four and B.C. beginning at age six.
This is a key distinction of her job compared with other educators.
“I give advice to parents on things they could do at home that will help their children that may or may not be covered in school here in Canada,” she said.
For example, although the teaching of phonics and reading in the Prairie Rose School Division where Stanton is located is “excellent,” the education is geared towards different age levels than in the U.K.
She also assists Canadian students from outside provinces who may have difficulty adjusting.
“It’s just a different system,” said Stanton.
“I just help families understand what that looks like and what to do to help their children, so when they go back to England they’re not disadvantaged due to a different in curriculum.”