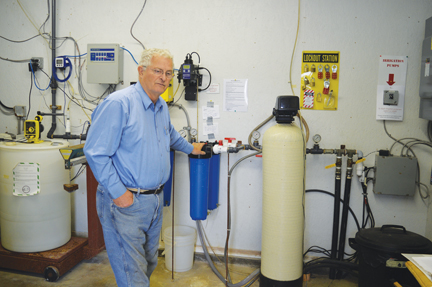 Cypress County council voted at its Feb. 20 meeting to direct administration to meet with the Parramatta Water Co-op Association and bring back information on how they can get supply municipal water from the Town of Redcliff to 13 parcels in the Paramatta Estates.
Curtis Richter, the county’s director of public works, said the water co-op association has been approached about selling irrigation licenses, which would support paying a good portion of the project, or at least half the costs, but have not received an answer from the Parramatta Water Co-op Association.
“If they’re not responding then maybe we (should) hang tight and go back to them and say ‘hey we’re interested but kind of talk,” said Coun. Robin Kurpjuweit.
“It sounds to me if they’re not super anxious to negotiate and sit at the table, it’s on them.”
Parramatta Water Co-op Association board member Ron Holmes said the association still needs to strategize to see what the best solutions is, and to be on the same page as the county.
“My sense is we don’t have a majority in favour of doing a local improvement,” said Holmes.
“Everyone went to great expense here two years ago and put in water tanks in their yards, buried them under ground, costing anywhere between $8,000 and $16,000. They’ve all spent that money already. They’re not anxious to spend another great amount of money or have their taxes go up.”
Residents would see their taxes increase by $1,700 over a 20-to-25-year period, which would cover the project’s capital costs.
He said there are original residents in the area who are getting older and looking at selling their properties, asking if their selling prices will be affected by the taxes.
Younger families are interested but older ones are not, said Holmes.
“The plan is to give information to all of our members,” he said.
“The committee is going to inform them so there is no misunderstanding of what’s possible and they’re going to decide whatever direction they want to move, or (if) they want to pursue this idea of getting Redcliff water over here.”