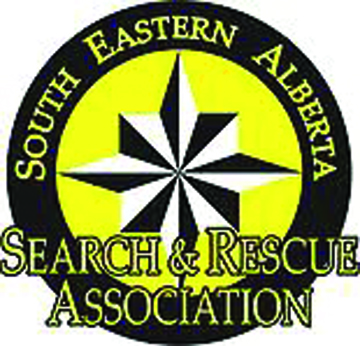 South Eastern Alberta Search and Rescue conducted a special training exercise on June 9 for more than 20 volunteers along the banks of the South Saskatchewan River near Medicine Hat.
The trainees were put on the case of a person reported missing from Ontario, who authorities have reason to believe is in the area.
The exercise is being done in conjunction with the Redcliff RCMP, which offers SEASAR the ability to train its volunteers while assisting to the local RCMP detachment.
SEASAR president Paul Carolan says search-and-rescue teams in Alberta always work at the behest of local law enforcement agencies, so it’s only fitting that they would work alongside the RCMP for training.
“What that means is if there’s a reason for a team to attend a call to assist one of those agencies, then we do that through law enforcement,” he said.
“Teams can’t do what we call ‘self-dispatch,’ or respond without that interaction.”
The search for the Ontario male happened when he was reported missing, but this training exercise allows participants to hone their search-and-rescue skills while possibly finding new leads in the case.
“We’re just going back into an area of interest to see if there’s any remaining evidence relating to that,” said Carolan.
Redcliff RCMP S-Sgt. Sean Maxwell says his detachment helps “periodically” with SEASAR’s training initiatives.
The missing person in question for this exercise is believed to have camped out in the area and possibly drowned, Maxwell said.
“There’s some fear that maybe he entered the river,” he said.
“I would suggest that any sign of human remains in there is something we’d be looking for with SEASAR.”