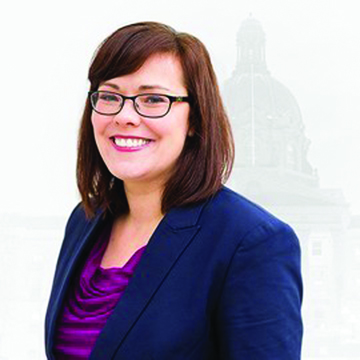 Alberta’s justice minister says the province is prepared for the impending legalization of recreational marijuana, after the federal government announced Oct. 17 as the official date.
“Over the past 15 months, our government has built a system for legalized cannabis focused on keeping cannabis out of the hands of children, keeping profits away from criminals and protecting Alberta’s roads, workplaces and public spaces,” Kathleen Ganley said in a June 20 statement.
“Today’s federal announcement means the Alberta Gaming and Liquor Commission may begin the transitional work necessary to prepare for legalization. This includes finalizing contracts with suppliers, stocking cannabis and selling and delivering cannabis to retail outlets.”
The AGLC will issue conditional licences to successful applicants, who are now permitted to prepare their stores for opening day, but cannot sell cannabis until then, she added.
“It will continue to be illegal for Albertans to buy or possess cannabis until that day,” Ganley stressed.
After legalization day, the government will continue “to ensure our legal cannabis system is working, and we will make changes as necessary.”
On Oct. 17, Canadians will be able to purchase marijuana from a federally-licensed producer, possess up to 30 grams of dried legal cannabis in public, share up to that amount with other adults, grow up to four plants per household and make other types of cannabis products, such as edibles, for personal use.
Providing cannabis to a minor can result in up to 14 years in prison.
In Alberta, online sales will be government run, while physical stores are to be privately-owned.
Cannabis stores in Alberta will be able to operate under the same hours as liquor stores, 10 a.m. to 2 a.m., which municipalities can restrict further if they desire.
Municipalities are also able to determine where consumption is allowed.