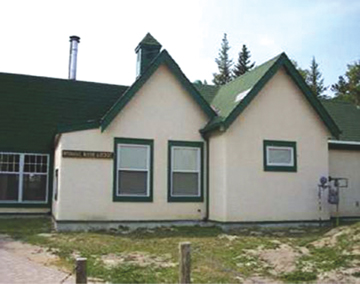 Elkwater’s Girl Guides Camp is celebrating 30 years this year after opening its doors at the Prairie Rose Lodge back in August 1988.
“It’s important to remember those who worked so hard to create this space for girl and adult members for years to come,” said the Cypress Hills Area Council and Mad Hatters Trefoil Guild.
“It also provides an opportunity for past and present Girl Guides to reunite and have a chance to visit and reminisce.”
It was a Brownies group from the Redcliff district that got a head start as they held a camp in the building before the guides could set foot in their new camp.
The history of the Girl Guides in the Cypress Hills included making their original camp at Old Baldy before moving into their current digs.
“When we relocated to our current site, this became an area for group camping, which has now been turned into individual camping sites ” said the council.
“The first camp was basically a camp kitchen building with wood that could be closed over the windows. Some of the leaders that used that facility have talked about having to clean up that building (from flys, bugs and moose droppings) before they could unpack the food and other items for their camps.”
Provincial Parks had asked the Girl Guides Camp to relocate as the park wanted more camp sites.
To have a camp run as long as Elkwater’s, you have to have commitments from a campsite committee to look after the administration duties as well as maintenance.
“As Girl Guides, whenever we use the facility, it is expected that we leave the place cleaner than when we first arrive,” the council said.
“Twice a year, the four districts (Grasslands, Redcliff, Ross Glen and Westminister), take a turns hosting a weekend to clean up the camp.”
If a repair needs to be done, the fix is reported to campsite committee and more recently a small group of members did general maintenance projects.
A 30th anniversary celebration will be held on Sept. 30 beginning at 2 p.m. at the camp. Festivities will include a tour by the rangers, guest speakers, a brief history reading of greetings from those unable to attend, cake cutting and a camp fire. Anyone can attend.