Foremost Fish and Wildlife office closure a cause for concern 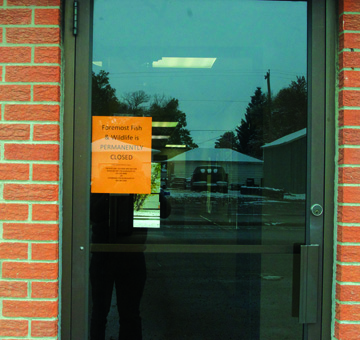 Hunters heading to the Foremost area may have a different feeling after the provincial government decided to close the village’s Fish and Wildlife office on Oct. 1, meaning there will be no officer patroling the grazing areas and open ranges with hunting season right around the corner.
Foremost Farm and Hardware owner and Foremost Fish and Games Association member Rory Calhoun, who relies on hunters coming into buy supplies, said the hunters are driving into town and turning right around because farmers are not giving them access to their land to with no fish and wildlife officer to monitor the poaching.
“It’s a big impact,” said Calhoun.
“Now back in the ‘40s and ‘50s my father-in-law used to come out of Taber because there was no fish and wildlife officer because there was no law.
“You could do whatever you wanted. I think that’s going to happen again.”
It was prior to the office shutdown and the fish and wildlife officer being cut that hundreds of hunters would come into the hardware store as well as other local stores to buy supplies before hitting the open range.
“This will be the year they come down and find out they can’t hunt,” he said.
“They won’t come back. They’ll put in for a different area. “What’s nice is your going into the slower part of the season and they’re coming, which dollar wise between October and November could be around $25,000 in my store alone, let alone other stores in Foremost.”
Colhoun being a hunter himself used to see fish and wildlife officers constantly and sometimes patroling would come by air in a helicopter.
But now the closest trucks are in Medicine Hat or Lethbridge.
“I’ve talked to them officers and they are too busy in their own area to be bothered with us,” he said.
Tyler Ehnes is a landowner south of the village and let hunters on his land as early as last Monday and feels that it is a risk that farmers and ranchers are taking without enforcement.
“This is a massive area and we got a lot of hunters and to not have a presence here is ridiculous,” said Ehnes.
“You lose a little bit of peace of mine, knowing that there is somebody out there , maybe doing their job and do respect the land.”
He has had safety issues in the past as there was a hunter on his land aiming a gun in his barn.
“In the back of their mind, if they know there is a fish cop in the area, that’s a deterrent for people that abuse the laws,” he said.
“And without that deterrent, you don’t get people second guessing bad decisions.”
Now with no officer looking out for the safety, the fish and game association is going to put out a watch team. However, they will not be able to police but can take down a poachers license number and report them.
Medicine Hat MLA Bob Wanner said there will be no service reduction in that area with Medicine Hat and Lethbridge having officers already that will provide the same service and the closure was a result of the Alberta Government wanting to have a cost reduction.
“Patrolling is a regular process that is driven by the safety and the protection of people and wildlife,” he said.