Cougars not posing a threat in the Cypress Hills 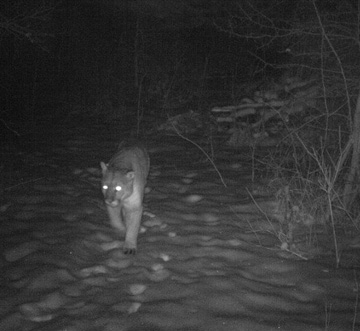 There has been seventeen spotting of cougars in the Cypress Hills Provincial Park in 2018.
Cypress Hills district conservation officer Zachary Doan said there is a “healthy population” of both deer and cougars, who are mostly active in the winter months when tourism season slows down.
“With our season slowing down after our busy summer, with less park users, you see an increase in cougar activity in around the park and also in general around Elkwater,” said Doan.
“They do their best to avoid people. We obviously have less visitation in fall and winter.”
Doan has been in at the park for over a year and said the sightings have been a matter of people seeing cougars and the animal wanders off quickly.
“Our focus is on public education,” said Doan.
“Just ensuring that people are aware they are out here. They’re not looking at humans as a prey source. We have lots of deer and elk. But it is a possibility they will see one and it’s important to know how they act when they spot one and they can identify a cougar when they see one.”
Although Doan was unsure where the cougars migrate to park from, other then river valleys and coulees, he noted that there is a reproducing population in the area.
The big cats are monitored closer to the Elkwater townsite by a trail camera to determine what level is being seen.
“Every couple of days there will be one or two on camera,” he said.Doan is encouraging the public that if they see a cougar to call the Cypress Hills Park Watch line at (403) 893 -4357.