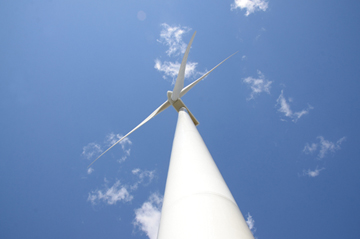 Christmas has come early to southeast Alberta — the site of three new wind farms that won long-term supply contracts Monday morning, it was announced by provincial officials.
The facilities, including a major field to be located about 20 kilometres south of Dunmore, could be built and in service by 2021, according to a release that accompanied the results of this autumn’s renewable energy auction.
The 2017 auction, put on by Alberta Electric System Operator, resulted in a major wind farm currently being built south of Bow Island at a cost of $310 million.
This year, five projects in total represent 760 megawatts of new generation capacity and represent $1.2 billion in private sector investment.
Three of those are near Medicine Hat, including two in the Jenner area, and could see ground broken in 2020.
Nearest Medicine Hat, global firm EDF Renewables will move ahead with a 202-megawatt, 48-turbine “Cypress Wind” project south of Dunmore, near Highway 41, in partnership with the Kainai First Nation.
Also in Cypress County, Capston Infrastructure’s Buffalo Atlee wind farm, to be located on land 10 kilometres southeast of Jenner, will produce 48 megawatts when fully operational.
“We’ve looked at these projects for a while,” said Cypress County Reeve Dan Hamilton. “They fit into the development plan, which is to encourage commercial and industrial development.”
Ontario-based Potentia Renewables, a subsidiary of Power Corporation, will build two phases, comprising 193 megawatts of its project just north of Jenner in Special Area 2.
“EDF Renewables is very pleased to be investing in Alberta,” stated EDF vice-president Cory Basil in a statement that framed Alberta as the “most competitive and successful” market for renewable energy.
“We’re proud to be partnering with the Kainai First Nation (Blood Tribe) on the Cypress Wind Project. It will create hundreds of well-paying jobs, invest millions into Cypress County and Alberta’s economy, while generating affordable renewable electricity for Albertans.”
Further afield in southern Alberta, Potentia also was awarded a contract for the 113-megawatt Stirling wind project, and, as well, TransAlta’s 207-megawatt Windrise field located near Fort Macleod.
See Projects, Page A2
Potentia’s two projects have budgets to cost $500 million to construct, according to a statement from the company.
“We look forward to continuing to work with … our host communities and landowners to deliver clean power to the Alberta grid, along with the jobs and local economic growth that accompany projects like these.” said Jeff Jenner, Potentia Renewables’ CEO.
Last year Capital Power’s Whitla Wind Farm, south of Bow Island, was one of four projects awarded contracts in the supply auction. Construction of that facility, budgeted to cost $310 million to construct, is underway with commissioning expected late next year.
Theresa Hardiker of the Verge Economic Development, formerly known as the EDA of Southeastern Alberta, said such large utility projects provide major boosts to local economies in terms of labour and supply requirements, plus tax and lease payments.
“It’s a wonderful opportunity for Cypress County to not only develop renewable power, but take advantage of the economic development opportunities that come along with it,” she told the News.
The 20-year contracts are to supply the Alberta grid with electricity at an average price of 3.9-cents per kilowatt hour — a rate near record lows posted in the 2017 Alberta power auction.
The supply contracts guarantee a minimum price regardless of market price, with the lower difference paid out of carbon levy funds. When market prices rise above the contract price, companies pay back into the fund. The auction is structured to accept the lowest prices, and the 3.9-cent mark is right in line or below grid prices seen for much of this year.
“Our made-in-Alberta plan is working to once again turn Alberta’s renewable energy resources into new jobs and investment in communities across the province, while producing the lowest-cost power available for Albertans,” said Environment Minister Shannon Phillips.
The five projects are estimated to bring $175 million in local benefits from taxes and land lease payments over 20 years.
The Capital Power Whitla project is estimated to produce a local tax payment of $2 million per year to the County of Forty Mile.
This year, the province proceeded with Rounds 2 and 3, of the program that aims to have 30 per cent of Alberta’s power production come from renewable power by 2030. One round included a provision that projects benefited from at least 25 per cent ownership by Indigenous communities.
The Capstone project at Buffalo-Atlee is done in partnership with the Sawridge First Nation, and Potentia’s Stirling field has partners with the Paul First Nation and Calgary’s Greengate Capital.
The Cypress Wind Project would see 48 turbines erected on about 20 full sections of land southeast of Dunmore, bordered on its eastern edge by Highway 41 and north of Township Road 100. It is built in partnership with the Canadian subsidiary of the France-based company and the Kainai First Nation of the Blood Reserve.
Kainai Chief Roy Fox thanked the province and Premier Rachel Notley for making First Nation participation available.
“This is an important first step in economic reconciliation that helps our children and their children prosper alongside other Albertans for generations to come,” he said in a statement.