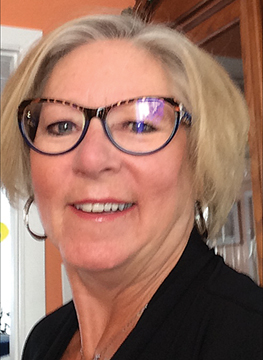 Bow Island/Burdett Chamber of Commerce held their annual AGM on Feb. 6 and are without a president as no one stepped up to take on the role.
Now past president Bernice DeLeenheer had stepped down from the president’s position after five years as well as vice-president Corinna Roth-Beacome.
“I was hoping someone in the business community would step up, but I was disappointed nothing has come to light,” said DeLeenheer.
She was unsure why there was no interest in the business community.
“People are running their businesses and that’s what they’re focusing on,” she said.
“In small communities, lots of businesses are mom and pop’s businesses.”
With the absence of a president, Darci Nixdorf was voted in as vice-president and do what she can to fulfill both duties temporarily while the search continues.
“Darci will step up and do as much as she can but she’s very busy,” said DeLeenheer.
“She sits on other boards, works full time. But (they)definitely need that person to lead with her.”
DeLeenheer was also the coordinator for Bow Island’s annual chamber of commerce trade show that has been hosted annually in mid-April and there was no one that stepped into that role either and as a result the board voted for the event to be canceled this year.
“There will be no trade show,” she said.
“It’s a major fundraiser for the chamber of commerce. It’s a major event that is held in Bow Island and that is no longer going to be held this year.”
For Nixdorf, who is assistant manager of members service at the Bow Island’s Servus Credit Union, this was her first chamber of commerce meeting and was caught by surprise when she voted in as vice president.
“There was only a few of us at the meeting and I was only one nominated,” said Nixdorf.
“It’s kind of like ‘yes I guess I’ll do it.’ Right now our focus is to find a president that wants to be involved.”
Candidates that are interested in the president’s position can contact Nixdorf at (403) 545-5131- ext. 24551.
The Bow Island/Burdett Chamber of Commerce 2019 executive includes new treasurer in Tara Robertson, Chris Pinchin returns as secretary and directors are Kathy Nixdorf, Denise Fode, Markus Goodge and Robin Knibbs.