ECD coalitions to stay open for another year 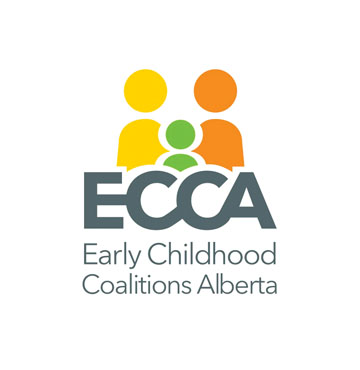 Scott Schmidt
Alberta Newspaper Group
A last-minute provincial funding announcement has saved the Forty Mile Early Childhood Development coalition — at least for another year.
A ministry change altered which department is responsible for the funding — $22,500, used to pay for a local co-ordinator — moving that responsibility from Community and Social Services to Children’s Services.
Children’s Services Minister Danielle Larivee released a statement announcing the funding, saying the province is “proud to support (ECD coalitions’) continued leadership in enhancing child development and well-being across Alberta.”
The money means ECD-developed programming can continue in Forty Mile County — parent-child Mother Goose, baby story time, playgroups etc. — for parents and children aged 0-6, and the news comes as a big relief at the local Family and Community Support Services office.
“We are very appreciative that the funding has come into place, and that the province and the ministry has put the value in the work that is happening in ECD,” says Corinna Roth-Beacome, executive director for Forty Mile Regional FCSS. “Without ECD coalitions, we wouldn’t be able to go out and actually connect with communities to find out what it is they need to support their children from zero to six and to be able to develop programming around that.
“Those families would suffer from that loss — when they’re at home in remote rural communities, how do we encourage that interaction, and the importance of literacy and learning and social development, and all those essential things?”
The $22,500 is essential to the point that coalitions could not exist without it, but it’s not an overly large number, and it’s a flat rate for all 103 groups across Alberta. That means, while Forty Mile has to make due with that amount, a coalition in Calgary or Medicine Hat has to do the same.
Plus, the money cannot be used to run a program, so any funding for that has to be secured through other means. In Forty Mile, corporate sponsors such as the Elks Club, Capital Power and the Town of Bow Island have all stepped up to help provide various ECD programming.
Another issue at hand is the development and usage of Educational Development Instrument data collection. Roth-Beacome says the information collected this way is crucial to developing community-specific programming that meets local needs, but while ECD coalitions use and need the data, they don’t collect it.
“Unfortunately it’s kind of on the whim of the school board, and if they don’t support it and don’t actually gather the information, it obviously can’t be used,” she says.
EDI data would determine where children that are coming into kindergarten may be struggling and give local ECD coalitions a leg up in addressing those needs early on.
“Programming can then be developed to support that, so we could then look at what is missing in the community,” Roth-Beacome says, touting the networking efforts across southern Alberta and coalitions working together to advocate for the importance of EDI collection tools.
Such data collection will not take place this year, but Larivee says the government is aware of its importance to local coalitions.
“The ministries of Children’s Services, Education and Health continue to work together to consider options for future provincial data collection, including the EDI,” Larivee’s release stated.
But a ministry change isn’t the only reason funding wasn’t ensured until March, and it’s not the first time coalitions have been forced to play the waiting game. ECD funding is a recent provincial pilot project, and it has only been provided on a year-to-year basis.
Roth-Beacome says they waited until the last week of March in 2018. Obviously the ideal situation is a long-term commitment from the government.
“That’s what we are hoping for,” she says. “Right now it’s a year-to-year grant. We are advocating for that to become sustainable funding … it’s certainly what all the (ECD) coalitions are working towards.”