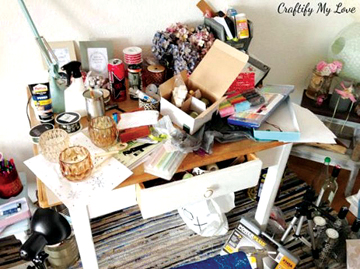 Photo Submitted Crafters will unite for the annual Clean Out Your Craft Room Garage Sale Sept. 14 at the Multiplex in Bow Island.

There will be a crafty bunch in Bow Island on Sept. 14 at the Multiplex, as craft enthusiasts flock to the Clean Out Your Craft Room Garage Sale. It’s just a one-day event from 10 a.m. to 4 p.m.

“This is the fifth annual, but it’s my second year doing it. I had taken over from another lady that had decided not to host it anymore. I had a booth in there the year prior to her retiring. I decided to take over,” said organizer Stacey Barrows, adding the event maxes out at about 30 tables and the sale is pretty much sold out.

For the sale, Barrows said, crafters can just clean out their craft rooms and hopefully make a little cash on the side. “Whatever craft you may do, you put your supplies on the table and sell them at whatever you feel they’re valued at – kind of like at a garage sale,” she said. Even some crafters from a few craft clubs from Medicine Hat will be coming out for the sale, which helps spread the word about the event and offers more exposure.

“We get ladies from Lethbridge, Medicine Hat, Brooks, Taber, Foremost and Bow Island – we get a huge turnout. I think last year we had about 70-80 or maybe 100 people show up. I had anything from quilting fabric, yarn, wood supplies, scrapbooking and cross-stitching. Whatever crafts people did,” she explained.

“It’s everything your heart desires when it comes to crafting,” she noted. The sale usually features mostly fairly new items and some items gently-used from fabric or yarn to what have you previously utilized for a project and the crafter had left over material.

“I might sell stuff on my table, but buy stuff from another table because it’s new to me,” she joked. “That’s kind of how the crafting world works. Whether it’s used or not, we love it.”