Former Elkwater resident was fond of her time in the park 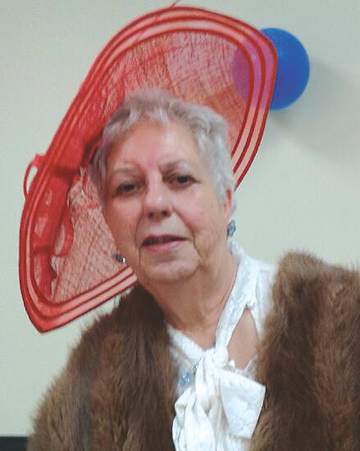 Shirley Rasmussen moved into Medicine Hat a year ago from Elkwater, a place she was very involved in.
Rasmussen, along with her now deceased husband Robert Carl and three kids, moved to the Cypress Hills in 1981 from Calgary and managed the service station (presently the gas station in the Elkwater town site) until 2009.
“Well I said lived 20 years in the city for you, now you can move 20 years to the country for me,” said Rasmussen.
“My husband always says you should move where you’d like to retire because you shouldn’t move somewhere where you want to move away from. We liked the area. We camped there and he hounded the guy to buy the garage which wasn’t a big paying deal, but we made it work.”
Rasmussen was a curler and her husband questioned right away why the curling rink was not open.
“There wasn’t enough interest,” she said.
“(We) kind of got that going. It was there, it was vacant. We managed to fix the roof. And between the local area people, they all got together and fixed the roof and voted on a board and opened it up because everything was there.”
She held treasurer, director and secretary positions at the curling rink.
The couple also sponsored a trophy for the youngest rider in the Elkwater Rodeo Association.
“We’d always bought a buckle for a new member of the Elkwater Rodeo Association,” she said.
The couple also got involved in the Elkwater Community Association when it was still at a little old log hall.
However when they built the new spacious hall, she did not want anything to do with community association anymore.
“When they wanted that I resigned and I said ‘No I don’t need to be president anymore. You guys want to take over the reigns, you go ahead.’”
“ I step back and let them find the funding. They knocked down the old one and built that new one.”
She is currently still a member of the community association and was always on the board in some capacity.
Rasmussen was involved in the Girl Guide Camp for 25 years until she did not want to shovel snow anymore and sat on the board at the golf course.
Cypress County honoured her with the annual Citizen of the Year award in 1997.
“If you don’t have volunteers, you don’t bind it together,” she said of what it meant to be involved in the Elkwater community.
“You lose your people in the area, you lose your community. I just think you make friends and you do things together, you work together and you play together.”