Outlook is ‘OK’ for Cypress County farmers and ranchers 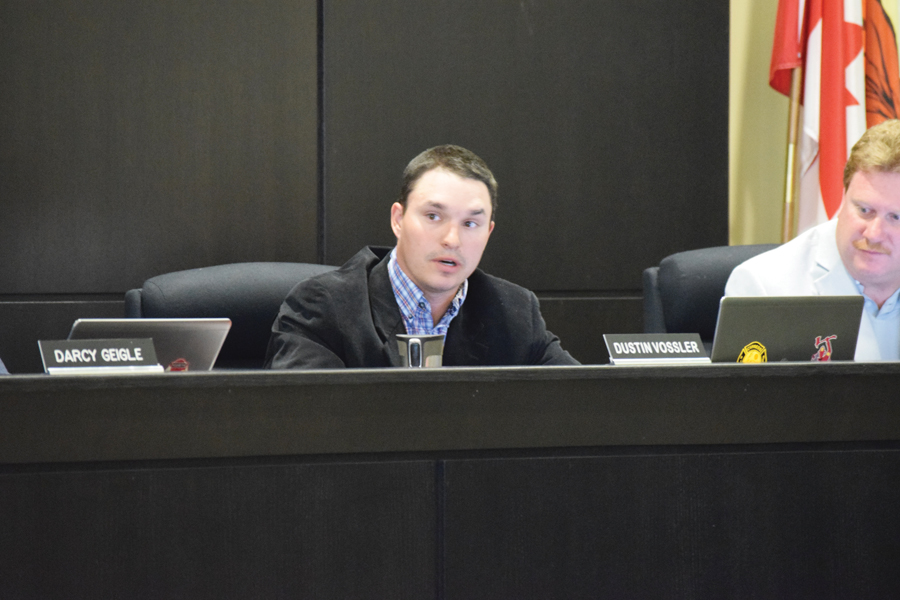 Farmers and ranchers in Cypress County can be happy to know after a recent cold snap that things are looking up heading into another seeding season around the corner.
“As per usual we had our couple weeks of cold and everything froze. Everybody is miserable but we’ve seem to have gotten over that now,” said Dustin Vossler, Cypress County’s agricultural service board chair.
“This recent melt has proven quite well. Lots of run off with (the) ground not opened up, so it filled most of the dugouts in the area. (It is) looking pretty good, water wise, for cattle next year. As for how cropping is put out, we’re yet to see. Most of where we see our moisture is for spring time when we get our rains at the beginning April.”
Vossler says the hope is for a little more rain than they have seen in the past couple of years, especially for the dryland acres because it is those guys suffering.
However, the irrigation farmers are in a more favourable situation.
“As for snow pack in the mountains it’s looking very good for the irrigation part of the area ,” said Vossler.
“It shouldn’t be anything less than we were last year as to what I’m told so far.”The amount of moisture depends on the melt and how much water St. Mary’s River Irrigation District (SMRID) can catch in their reservoirs, he added.
“If it melts too fast, they can’t catch as much as if it melts (slowly),” he said.
“That all depends on the water volume.”
The county’s ground moisture tends to come at the end of February and into March where the thaws begin and the ground begins to open up and that is where the wetness is felt.
“Right now it’s running and it’s filling dug out and that’s what we need as well,” said Vossler.
SMRID’s Terrence Lazarus says the snow pack has provided some above average numbers in many areas of southern Alberta.
“We’re really good for snow pack in the mountains and that’s where it counts,” he said.
“The plains snow doesn’t matter to us but the mountain snow is what keeps us (going) through the summer. That’s your water supply for July, August, September and it’s doing really well.”
The start of seeding season has a lot to do with the weather as much as water supply.
“We normally start getting water to the irrigators in the early part of May. That probably won’t change because of the variability we have in southern Alberta. If it’s a hot dry spring, seeding might take place earlier and we may start running water earlier than somewhat traditional.”
As for the ranching side, the grass reserves are getting low and if another dry year were to occur, it’s going to be another tough go for ranchers in the county,Vossler noted.
“It’s going to take quite a few years to get the native grass back to what it should be but it takes time,” said Vossler.
Feedlots appear to be gaining because cows and calves are cheap.
“We’re actually in a very strong cattle market right now. I don’t know if it’s going to stick around,” said Vossler.
“The volume is there, the price point,everybody is making money off. That’s the whole name of the business as it looks right now, everybody is.”
Areas that have been covered at Ag Service Board meetings have been soil and water conservation and not working the ground if you think it’s going to be dry and will erode.
“Everyone is into direct seeding around here now. Water retention isn’t a big deal for us anymore, we do everything for the most part already,” he said.
Darcy Geigle is a dryland farmer in the Irvine area and explained that inputs are between $80 to $100 an acre and change comes with the amount of fertilizer that is applied.
“If it (does not) rain, there is no guarantee it’s coming back. Your inputs are still there and you don’t get any crop. You have crop insurance carry you for awhile but eventually the number goes down to where it doesn’t get viable anymore,” said Geigle.
Geigle says in his area, conditions are not good as with most operations you can eat for two years, but this is the third year of 25 to 30 bushels a year per acre and this past year was under 10.
“To fix things up, we need a normal April,” he said.
“A normal wet April that starts your year off. It gets the grass growing and