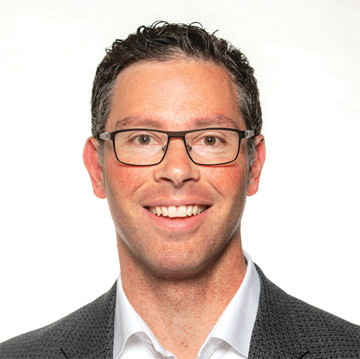 Alberta’s Minister of Justice and Solicitor Genreal Doug Schweitzer is co-chairing the Pan-Canadian Working Group on rural crime with the Federal Minister of Public Safety and Emergency Preparedness Bill Blair on making criminal code changes to combat rural crime.
“The two of us are working through potential criminal code amendments to be made as well as working to combat some of the underlying causes of rural crime,” said Schweitzer.
“It was clear last fall when we did our town halls across Alberta that there were a lot of areas that we can make changes provincially to combat rural crime. There were many areas that fell under federal jurisdiction.”
The Pan-Canadian Working Group started out of the last Canada-wide federal and provincial justice ministers’ meeting in Victoria earlier this year.
“Alberta, through our ministry got rural crime on that agenda and out of that meeting there was a consensus to establish this national Working Group on rural crime,” said Schweitzer.
The recommendations are still being worked on across the country on setting up the framework and a report will come back to the national committee in October. Schweitzer says on the provincial front, they’ve taken decisive action to expand RAPID Force (a police unit that is designed to respond in very short frames to emergencies), rural police funding in municipalities, that will provide for an additional 500 law enforcement personnel over the next four years and enhancing property rights that fell into the provincial bucket.
“We took as much action as we could on that side of it,” he said.
“But it’s where the federal side lies that further work needs to be done. So I’m hoping through this Working Group that we can get a series of criminal code changes made. The main focus being on having it be a factor on sentencing. (So for example) if somebody is specifically targeting someone in rural communities because of remoteness. It’s just the geography factor, when you’re in a rural community, the police are often going to be further away than when you’re in an urban setting.”
Since 2013, Alberta has seen a 400 per cent increase in methamphetamines as a drug and what that does to an individual, it makes them more aggressive and dangerous and more likely to commit property thefts, he said.
“Right now, we’re wanting see this as well, is to get a national strategy to end that as a street drug in Alberta and as well as across the country. We need the federal governments help though because this drug is coming in from outside the country,” he said.
A new bill was passed last fall that cracked down with providing enhanced penalties and provisions on trespassing and clarifying what property owner can do to protect their property and making sure they won’t be sued by the person that committed the offence.
Schweitzer and his team will continue to listen to Albertans to see if more can be done at the provincial level for rural crime.
“We’re going to keep listening and making sure that we’re getting in front of this issue over the long term. Albertans deserve better than what they’ve received and we’re going to continue to provide them with a safer community,” he said.
“For too long, I don’t think rural communities were heard on this issue and they have a government that’s listening to them and we’re going to fight to make sure rural crime stays on the national agenda.”