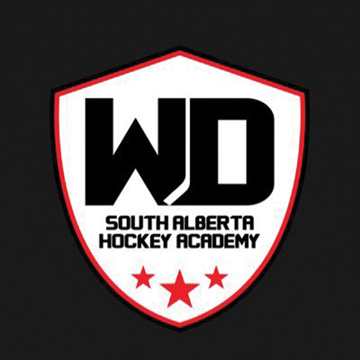 Elite hockey in southeast Alberta got a boost as two U-18 ‘AAA’ teams are relocating from the Banff Hockey Academy to hit the ice at the Medicine Hat Leisure Centre this fall.
It was announced on May 16 that both the female and male U-18 prep hockey programs at the Academy were relocating to the local area and will play under the Willie Desjardins’ South Alberta Hockey Academy umbrella. Players will attend Eagle Butte High School starting in the 2020-2021 season.
Both clubs will play in the Canadian Sports School Hockey League.
“We had heard rumours that Banff was interested in relocating and it’s always something we’ve wanted,” said Darren MacMillan, SAHA’s general manager
“ And we just started pursuing that and it’s been a pretty thorough process. It’s been going on for quite awhile from both sides.”
Relocation discussions commenced at the end of December 2019, he confirmed.
MacMillan said SAHA has always wanted teams embedded in the academy.
“We believe for kids to have everything under one umbrella including the on-ice development, the physical off-ice development, the education and just the personal development as well made a lot of sense,” he said.
“Willie often refers to when he was over in Europe, I think Sweden in particular, how impressed he was with their culture and academy model, and so having that embedded in the program has been a goal of ours.”
Starting Sept. 1, the teams will start the mornings on the ice, in the weight room, in the gym and working on their academics and leadership. The afternoons will see the kids going to the high school to work on their core subjects.
Desjardins’ son, Brayden, will coach the male prep team while the female team will have Evan Vossen behind the bench.
“It’s basically a clean slate,” said MacMillan of the players coming into play on the teams.
“If kids that were thinking about going to Banff next year that (are) interested in our program, we’ll do everything to see if it’s a fit. But we have no obligations in that
sense.”
MacMillan says there has been interest from Manitoba all the way to Vancouver.
“We want to doeverything we can to have a strong local flare to these teams,” he said.
“So all things being equal, we’re going to do our best to get local kids on these teams.”
Due to the COVID-19 pandemic, there will be no tryouts this year.
For the boys, SAHA brass has a good idea of what the pool looks like right now for availability.
As for the girls, a virtual I.D. camp will be set up where players will send in their resumes with their name, position, height and statistics included.
The female will have to include video clips of their play as well.
“It’s kind of wide open of sorts,” he said.
“If we’re interested in a kid, we’ll pursue them if they haven’t committed somewhere else. If they’re interested enough, they’ll pursue us. When it matches up we’re all good.”
The Banff Hockey Academy was an original founding member of the CSSHL 26 years ago.
“We are very excited about the opportunities that exist for the program in Medicine Hat,” says Bill Doherty, founder and director of the Banff Hockey Academy in the release.
“We are confident that the blend of our experience in the accredited school market, coupled with the reputation and leadership of Willie Desjardins and the Prairie Rose
School Division will prove to be synergistic at every level of the operation.”
CSSHL is excited to see how these teams pan out in their new digs.
“We are excited for what lies ahead with the South Alberta Hockey Academy,” said Kevin Goodwin, chief operating officer of the CSSHL.
“The southeast corner of Alberta is a good fit for our league and will assist
linking existing programs in Alberta, Saskatchewan and Manitoba. We are appreciative for all the great memories the Banff Hockey Academy has provided the CSSHL since 2009.”