BIMH working on a return-to-play plan 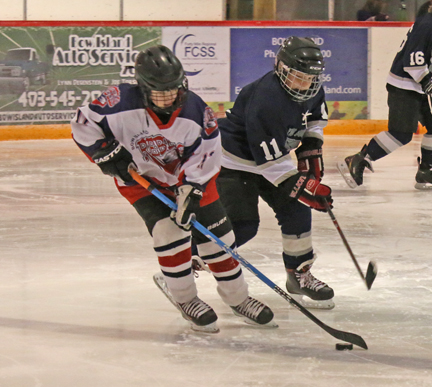 Bow Island Minor Hockey is planning to return to play, but how exactly is still undermined for the 2020-2021 season.
Chantel Timmons, BIMH president, said Hockey Alberta and CAHL (Central Alberta Hockey League) are updating BIMH what to expect.
“We can only hurry up and wait for the answers,” she said.
“We do know kids will be able to consider their teammates, their cohort group.  And we do know that cohort groups can practice together, although stations will need to be utilized to help maintain social distancing.  And we also know there will be no minor hockey tournaments sanctioned-by Hockey Alberta- prior to Jan. 1, 2021.”
This season will be different than any of the past campaigns.
“Overall the season will be different than one we usually see, so leagues will have to adapt,” she said.
“ If it means cohort groups of two or three teams playing each other for the first half of the season, than the league is willing to make that work with potential to roll into a playoff bracket type format after the Christmas break, to start incorporating different teams playing one another.”
Hockey Alberta and provincial chief medical officer of health are suggesting to forming cohort groups and one player per cohort sport.
“We are looking at somewhat reduced numbers for the beginning of the season (Oct. 1), as there are many kids that like to participate in some school sports programming ” said Timmons.
“For example if they chose the volleyball season at school, we could see them delayed in getting on the ice until the end of October or even in November. No matter what the kids choose, we are going to keep the door open for them to return to play, even if they miss some time at the beginning.”
BIMH will continue to promote the sport despite a lot of unknowns for the upcoming season.
“What we as BIMH will continue to do is promote hockey and give our local draw zone players, a place to learn the game, play the game and to do it safely.  We are here as a minor hockey association to grow the game and develop skills through sport for today, tomorrow and the future,” said Timmons.
BIMH held their AGM on Aug. 18 and the hope was to walk the board members through a return to play plan.