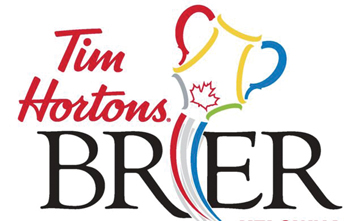 Lethbridge will host the 2022 Tim Hortons Brier.
Curling Canada announced Friday that the 93rd edition of the Canadian men’s curling championship will be played at the Enmax Centre March 4-13, 2022, and will make Lethbridge just the fourth city that has hosted all four major Season of Champions events — the Tim Hortons Brier, the Scotties Tournament of Hearts, the World Men’s Championship and the World Women’s Championship.
“We’ve seen in the past what the great people in the City of Lethbridge can do when presented with the opportunity to host Season of Champions events, so to say that we’re excited to be heading back is an understatement,” said Mitch Minken, Chair of Curling Canada’s Board of Governors in a press release. “A first-class city, a first-class facility and first-class curling fans and volunteers make for a first-class championship, and this is truly something that we can all look forward to.”
The Enmax Centre most recently hosted the 2019 World Men’s Curling Championship, with Sweden’s Niklas Edin prevailing in the final over Canada’s Kevin Koe.
Also staged there were the 2012 World Women’s Curling Championship (won by Switzerland’s Mirjam Ott) and the 1987 (won by B.C.’s Pat Sanders) and 2007 (won by B.C.’s Kelly Scott) Scotties Tournament of Hearts.
“As the host of the 2022 Tim Hortons Brier, we couldn’t be more excited to welcome curling fans from across the country to Lethbridge for one of the biggest sporting events in our nation,” said Mayor Chris Spearman, in the release. “As we all look forward to the time when we can all come together again, this event will be a bright light for residents and visitors alike. It will bringing a strong boost to our local economy and showcase our beautiful city to the rest of Canada.”
“We have a lot of people in Lethbridge who’ve considered playing host to the Tim Hortons Brier a bucket-list opportunity, and to say there’s some excitement spreading around our city is an understatement,” said Kirk Mearns in the release, who along with Mike Mulroy will serve as a vice-chair of the Lethbridge host committee. “It’s going to be an exciting, but busy, 14 months leading up to that opening rock, but Lethbridge is ready to get to work to make this a world-class event.”
In addition to the events noted above, Lethbridge also has hosted the 2017 World Mixed Doubles (won by Switzerland’s Jenny Perret and Martin Rios) and World Senior Men’s and Women’s championships (won by Sweden’s Mats Wråna and Canada’s Colleen Jones), the 2000 (won by Alberta’s Kevin Koe) and 1976 (won by B.C.’s Tony Eberts) Canadian Mixed championships, and the 2003 Canadian Senior Men’s and Women’s championships (won by Alberta’s Tom Reed and Saskatchewan’s Nancy Kerr).
The 2022 Tim Hortons Brier champion will represent Canada at the World Men’s Championship a few weeks later (dates, location to be announced by the World Curling Federation). As well, the winning team will get a return trip to play as Team Canada at the 2023 Tim Hortons Brier.
Tickets for the 2022 Tim Hortons Brier are expected to go on sale later this year.
Curling Canada release