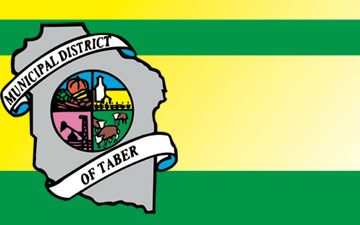 As funds come in, the Horsefly Emergency Spillway project has started to creep towards a construction start date.
After the main committee members of the South Regional Drainage Committee recommended to hire MPE/Stantec to provide engineering services for Phase 1 of the project, the decision was in front of Municipal District of Taber council, as they are the managing partner during their Jan. 26 meeting.
Phase 1 is from Taber Lake to the Oldman River, Phase 2 is from Horsefly Reservoir to Taber Lake and Phase 3 is from the St. Mary River Irrigation District main canal to Horsefly Reservoir.
Two engineering firms ? Wood and MPE/Stantec submitted proposals before the deadline.
Proposals were rated on criteria categories, which each had weighted points and they included consultant profile and presentation (five points), consultant experience and qualifications (25 points), project comprehension (20 points), proposed team and resources (25 points) and pricing (25 points).
The technical committee ? consisting of representatives from the Town of Coaldale, Town of Taber, County of 40 Mile, County of Lethbridge, SMRID and M.D. of Taber ? representing the South Regional Drainage Committee, went through both proposals extensively.
“Even though the cost from Wood to provide engineering services for the project ($1,597,799 plus GST ? which includes an approximate contingency of $208,700) was lower, their proposal did not rate as high as MPE/Stantec in the four main categories used for rating the proposals, as per the RFP,” reads administration’s report. “The technical committee members felt even though the Wood price was lower there were too many unknowns and too much being left out of their proposals they assumed the M.D. of Taber, as a representative for the entire South Regional committee members, would be responsible for.”
MPE/Stantec’s total cost for their services was $1,899,083 plus GST.
Phase 1 is estimated to be at a total cost of $22,195,050 million. Partial funding is coming in the amount of $7,397,610 from the provincial government under the Alberta Community Resilience Program (ACRP) and partial funding ($8,878,049) from the federal government under the Investing in Canada Infrastructure (ICIP) program. The remaining portion ($5,919.391) is to be funded by participating members of the South Regional Drainage Committee.
Council inquired when the first phase could commence.
“Next fall, as in it would probably take a minimum year’s worth of design to get it going,” replied CAO Arlos Crofts.
The CAO also touched on the completion date, which could be no later than 2024.
“It’s hoped we can begin construction by fall 2022.”
A motion to hire MPE / Stantec to provide engineering services for Phase 1 was carried.
“MPE and Stantec are pleased to have been awarded the engineering for this exciting and vital project,” said Ron Hust, vice-president of water resources at MPE Engineering Ltd., in a media release.
“The recent flooding events in southern Alberta have shown this project is required to help alleviate damages caused by runoff events. Our team brings together a blend of local experience and global knowledge to ensure a sound design that will protect the area and environment from flood damage. MPE has been involved with the project since its inception in 2014 and cannot wait to see construction start.”
Council also tackled the Disaster Mitigation Adaption Fund (DMAF) agreement that was needed for further funding for the Horsefly Spillway project.
“As the managing partner, the M.D. of Taber is required to sign the Disaster Mitigation Adaptation Fund (DMAF) agreement for partial project funding to the amount of $9,880,000 with the remaining $2,049,260 to be split between participating members of the South Regional Stormwater Drainage Committee. Signing this agreement will enable the project to obtain as much government funding, as possibly available. A resolution of M.D. of Taber council approval is required for inclusion in the funding agreement,” reads administration’s report.
Administration explained they needed a resolution from M.D. council to move forward with the federal funding program.
“There is a requirement in executing that agreement to insert a resolution of support from the managing partner which in this case is the M.D. of Taber council,” stated Crofts.
“We’ve made an awful amount of progress in the last year. Funding is coming into place and I think it’s an excellent project for the municipality,” added Reeve Merrill Harris.
With a good majority of funding acquired, a question was asked around how much more was needed.
“With all of this funding coming from various levels of government, are we 83 per cent funded for this project?” asked Coun. John Turcato.
“If you combine all three phases of the project, that is the approximate percentage we are funded,” replied Crofts.
A motion for council to sign the DMAF agreement to obtain this portion of the project funding was carried unanimously.