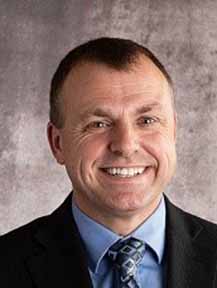 Irvine School students will have the chance to learn anything from growing food to raising animals through a new agriculture program beginning in September.
The program is still in the development stage but there will be an onsite farm program at the Irvine School grounds where there will be livestock demonstrations through animals such as steers, cows, calves, goats and chickens.
Raised beds will be available to grow various crops and vegetables, soil testing and for different fertilizers.
A vinyl domed roof will be constructed and will be an outdoor classroom that will shelter the students from the wind.
“It’s really about connecting Alberta students to their food,” said Roger Clarke, Prairie Rose Public Schools superintendent.
“Whether that’d be livestock food or grains or the food that we grow and all those kinds of things. You could be doing things that deal with how it’s good for the environment with respect to composting and how the composting can be fed back into the ground to grow crops. So really that whole cycle from taking care of your environment.”
Clarke feels it is important to take care of your soil and making sure you’re not just taking product out of it but also caring for it and making the soil fertile as much as possible.
“It obviously helps whatever you’re growing inefficiently the best way possible, so you’re using the least amount of resources, the least amount of water and getting the maximum growth potential,” he said.
PRPS saw Irvine School as the best fit for the program because it is a heavy agriculture area and the program is in with partnership with Nichole Neubauer of Neubauer Farms, who have a farm in the area and know the soil conditions.
“Any program requires champions,” said Clarke.
“There’s a group of a staff members here that are quite interested and motivated to build this program for the kids . And through this process, we’ll be definitely connecting every grade level from K-9 with respect to what they would learn on the farm and how that’s connected to the curriculum in each of their grade levels.”
Students will have roles to play.
“For example, you could imagine if Grade 1 kids were responsible for these two raised growing beds—and they’re growing peas and they’re growing lentils—it’d be their job to pull weeds, to water and fertilize where appropriate and they carry it from the point of planting to the point of harvesting,” said Clarke.
The animals will be in the program for the spring, summer and into fall before being shut down for the winter.