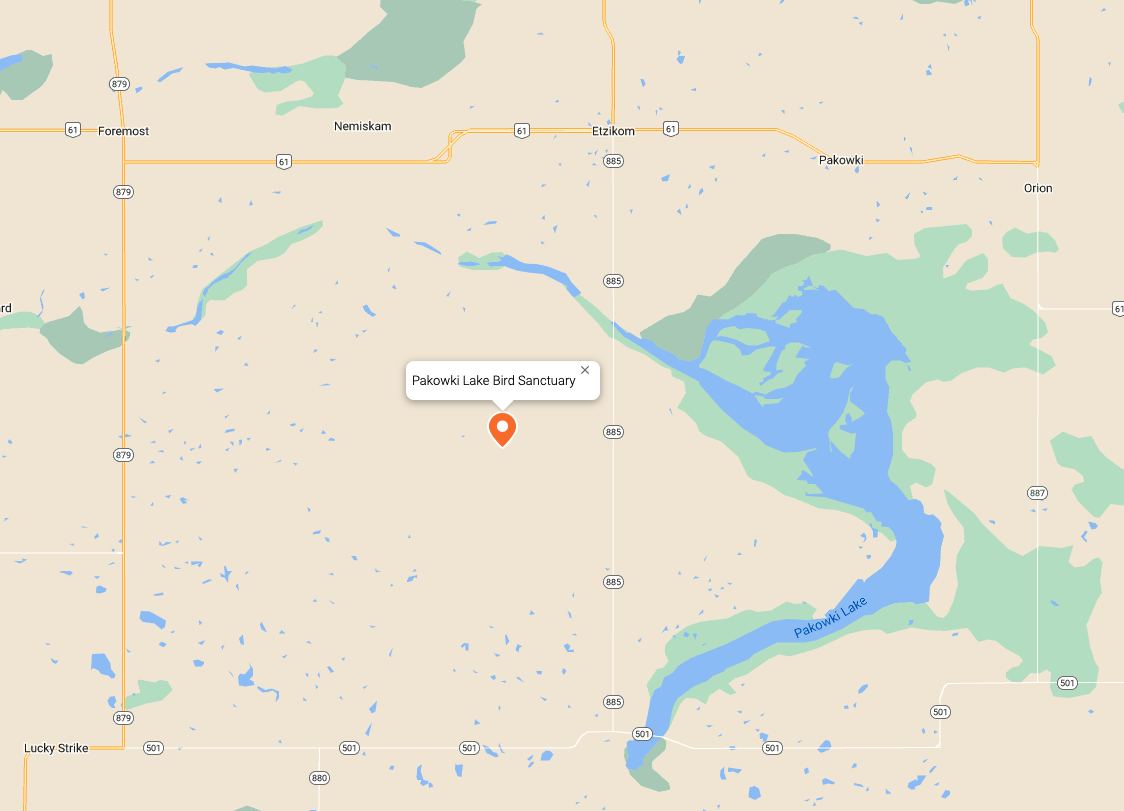 The Pakowki Lake Bird Sanctuary was established over a century ago when the Government of Canada recognized the water routes in North America were beginning to decline.

As a result, they started to establish bird reserves on many areas around lakes to protect various species that were under threat.

In the early 2000s Pakowki Lake became an Important Bird Area (IBA) (https://www.ibacanada.org). The Alberta Wilderness Association (AWA) has designated it an Area of Concern and the lake and surrounding area are a Nationally Ecologically Significant Area, which include the grasslands to the east. “They are intact grasslands that haven’t been cultivated and there hasn’t been much industrial activity on them yet. We credit this to the ranchers who care for several of those areas near Pakowki lake,” stated Ruiping Luo, Conservation Specialist with AWA.

Bridget Burgess, Communications Advisor with Alberta Environment and Parks, explained, “the Pakowki Lake Bird Sanctuary is an intermittent freshwater lake and sand dune-wetland complex with extensive bulrush marshes and areas of open water. Its inflow channel is the Etzikom Coulee, a large glacial spillway, which has resulted in varying water levels from year to year.”

The area is surrounded by roads and access by humans to the shore is limited. However, secondary Highway 885 bisects the northwest arm of the lake, which can be used by birdwatchers.

“Pakowki Lake is an important staging area for migrating shorebirds and waterfowl. It provides nesting areas for bird species that occur in few other places in Canada and has been listed as an Important Bird Area by BirdLife International. This designation recognizes that Pakowki Lake meets international criteria related to importance to birds based on habitat and/or species,” stated Burgess.

Luo, describes the ecosystems in the area as, “sandhills, wetlands/marshes, intact uplands grasslands, and intermittent (playa) lake.” Concerns for the area are irrigation, which may cause lake to dry up more often, conversion of grasslands, and industrial activity.

Species of interest found near Pakowki Lake or the surrounding area, according to Luo, are listed below.

For information on AWA’s Area of Concern go to https://albertawilderness.ca/issues/wildlands/areas-of-concern/pakowki-lake/