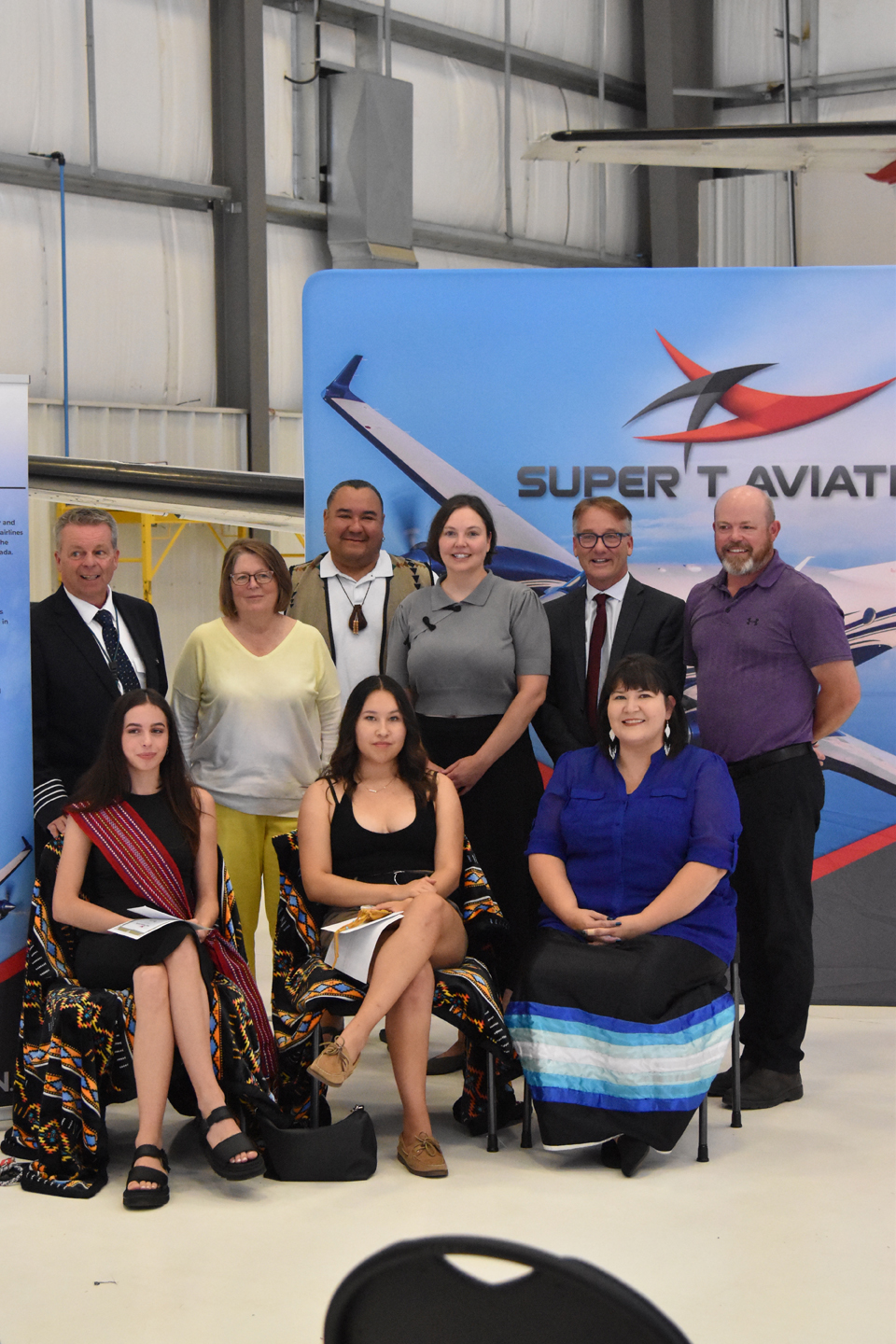 September 2nd marked the first pair of wings for two young indigenous women, having earned their private pilot’s licences, but it promises not to be the last as the girls are sent off with a touching cultural ceremony.

Back in February, fire destroyed the entire hangar of the First Nations Technical Institute and all 13 planes the Institute was using to train their pilots. While many students, including students Megan Lessard and Cheryden Moberly, had completed their ground training, they still required flight training to complete their private license.

Super T Aviation answered the call put out to participating flight schools connected with the West Jet Flight Program, and took in Lessard and Moberly alongside one other young woman who unfortunately had to delay her training due to outside factors, and helped them complete their requisite training.

Their accomplishment was celebrated in the Super T Hangar, with Mayor Linnsie Clark, and MLA Drew Barnes in attendance as well as Manager of Indigenous Engagement & Student Supports Chasity Cairns and Indigenous Student Specialist David Restoule from Medicine Hat College.

“First of all, on a personal level, I am so envious, that you guys have the ability and the courage and the opportunity to not only see the world from 10 or 30,000 feet, but to grow with all the opportunities that this great achievement is going to offer you,” said Barnes during the ceremony.

“When I heard about the girls, I was like, we have to do something. And we’re so proud of you. I don’t even know you. But I’m so proud of you,” said Cairns. “Because I just know, our people have been through so much in the last seven generations. And for you sitting here is amazing. And I you know, like I said, I don’t know you but I just am very proud of you. And I just congratulate you for moving forward and one of our elders out here, Charlie Fox at our convocation ceremony this last year, and he talked about the eagle and how the eagle flies closest to the Creator. And I think, you know, this was what he said, to fly like an eagle. That’s what he called the grass and I thought this was so fitting for you both.”

The ceremony included gifts of sash for Lessard and a medicine pouch for Moberly, as well as a blanketing, as well as an honour song performed by Restoule for the two girls.

Both of the students intend to continue on with their studies, as to help northern communities as pilots.

The students were originally intending to get to Ontario, but both expressed that they were glad to have come to Medicine Hat to experience the culture here, and that they felt they were only just beginning their careers as pilots.

“I’m so proud of both of us and excited for life gonna bring us next and it was such a great experience that they had this ceremony for us and they brought indigenous people from the lobby and they had ceremonies that was just really great and heartwarming,” said Lessard.