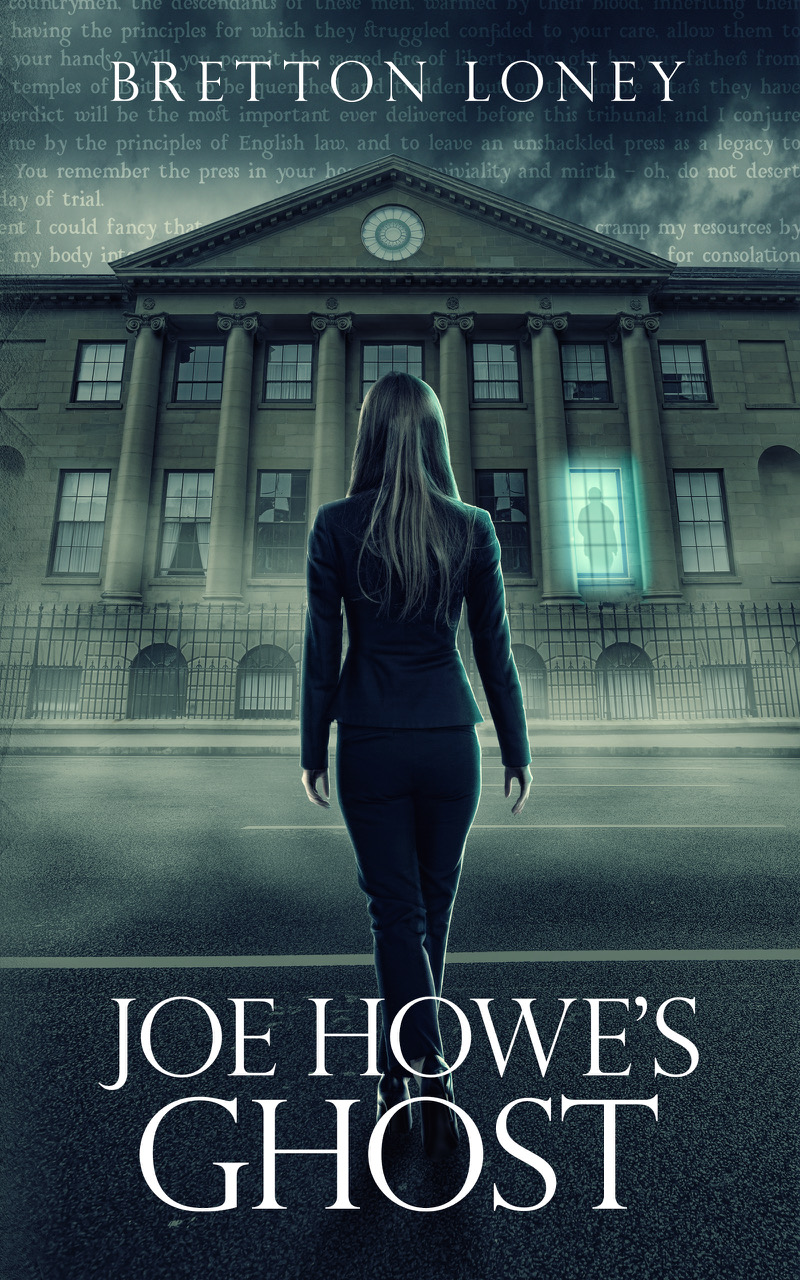 Bow Island-born and with 22 years as a journalist, Halifax author Bretton Loney turns part of the story of one of Nova Scotia’s most famous politicians into a “ripping good read.”

Senator Gershaw School and University of Lethbridge graduate, better known as Brett to those here in Alberta, Loney has spent much of his life as a journalist in Nova Scotia and Newfoundland, which is where he initially became attracted to the idea of writing something about Joe Howe.

“Joe Howe was one of Nova Scotia’s most famous journalists before he became a politician. So he was renowned in journalism circles and then renowned in political circles,” said Loney. “So it was pretty attractive to me, because I’ve worked in media for more than 20 years, and in the last 16 years, until I retired about a month ago, I was in government communications. So I’d seen both those worlds and he was from both those worlds so that attracted me to him a lot.”

Loney’s novel, Joe Howe’s Ghost, marries the life of the famous and often controversial politician with the modern struggles of women in politics, as the fully fictional Erin Curran, a rookie MLA, makes contact with the spirit of Howe, who Loney noted was slightly daunting to write for due to his sheer importance to the people of Nova Scotia.

He had been thinking of writing this book for a long time, but was slightly squeamish about putting himself into the head of such a major figure, though the story had always called to him. It was only in about 2015 that the idea of combining it with his experience in modern day politics came together and Joe Howe’s Ghost was born.

“He’s a very well known political figure. His statue is outside of our Nova Scotia legislature, one of the only two statues outside, there are schools named after him, there’s roads named after him. There’s buildings named after him. He’s a very famous person,” said Loney. “Also, this is the first time I’ve ever written a historical novel, or historical fiction, or that has elements of historical fiction. So it’s a little bit uncomfortable. But in a way, the ghost piece made it easier, because I’m not saying I’m in Joe Howe’s head as a historical figure in his time, I’m in Joe’s house head after being a ghost for 150 years. So that’s, you know what I mean. So that’s, in my mind, a little bit of a simpler place to be.”

Loney has worked in the political world for 16 years, with 12 of those advising cabinet members, and has worked with all three major political parties. From this experience comes a strong understanding of the world he writes about, with his character Curren coming from working with countless people very similar to her.

“I thought that was an important piece to reflect that there are unique challenges that women face that men don’t face. And I know that from my work, there’s stuff that they face that, well, no man would have to deal with this crap. So but that’s sadly, part of the reality of politics,” said Loney.

Research for the book was interesting, said Loney, as in Nova Scotia, Howe is a figure that “everyone thinks they know something about him, but then they don’t know why they know who he is” due to his importance to the province and how long it’s been since the man’s death.

Howe could be a controversial figure, added Loney, but with that came a variety of perspectives that made him fascinating both to write about, and hopefully for people to read about in his novel.

“He fought against Nova Scotia joining Confederation,, and then switched sides once it did  for a variety of reasons, and ended up in one of Sir John A MacDonald’s first cabinet. So very controversial, right? Very different opinions of what might have happened,” said Loney. “He was one of the first major libel trials that the journalist won and he won it representing himself.”

Howe was also notably present for the coronation of Queen Elizabeth and visited the Red River colony prior to the Riel Rebellion, all factors that drew Loney to him as a historical figure.

“What I tried to do with the book is combine things I tried to tell the historical story of Howe in fiction, trying to be as close to historical factors as I could be. And then I tried to tell the story of modern day politics,” said Loney. “ I brought together the ways in which they’re very similar, which is quite surprising, given how much time has passed. But the challenges of politicians then are the challenges of politicians now, so I used the book as an opportunity to give people a little bit of history about how to remind them of the history of Howe to talk about politics today, and then to compare the two.”

Politics are also similar across the country, said Loney, and he feels that he’s written a good story that can show some of Howe’s life without turning into a lecture, and grab the attention of those who have an interest in history or politics but might not want to read a piece of nonfiction.

“That’s what I really tried to do here. You know what I mean? Like, I mean, I’ve tried to be honest to the history, but I gotta make a story to write because I’m not providing a lecture here,” said Loney. “ I’m not a historian, but I am a fan of history. And so I respect it. And I I think I’ve written a book that will be interesting to people who enjoy political history, and who enjoy history today.”