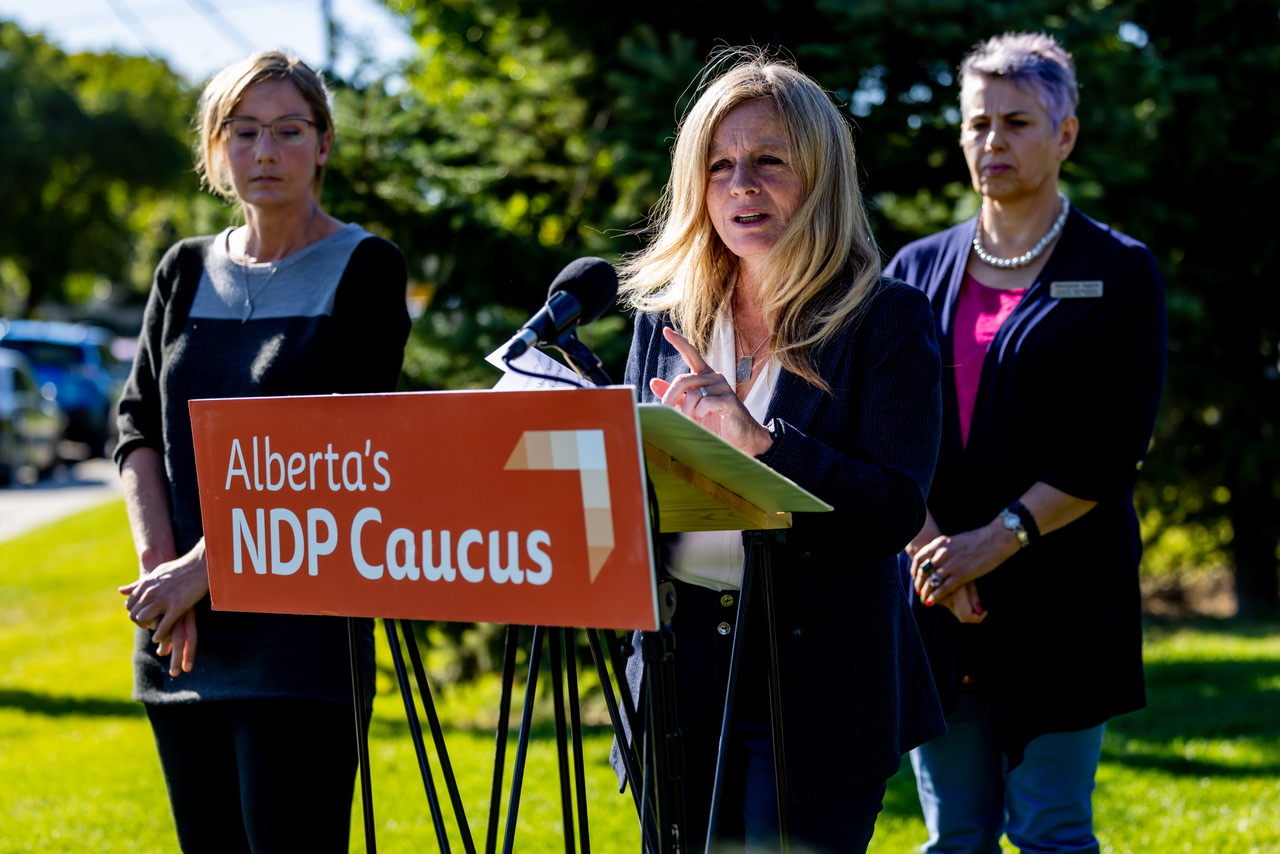 Primary care doctors in Southeastern Alberta are few and fair between, with no clinics in Medicine Hat accepting new patients and the scenario is repeated in many outlying communities.

This is a crisis for many Albertans, said Opposition Leader Rachel Notley during a press conference September 27th.

“Under the UCP, dozens of rural hospitals have partially closed, emergency rooms are overwhelmed and ambulance wait times have never been longer. Almost all of these problems can be traced directly to the shortage of frontline health care professionals, nurses, paramedics, and doctors,” said Notley.

The number of primary care providers in Medicine Hat has shrunk 20% over the past two years, said Notley, and many residents have been left with nobody to turn to when it comes to day-to-day health issues.

“Your family doctor is supposed to be your first and best option when it comes to maintaining your health. And that’s why it is in fact called primary care. But today, hundreds of 1000s of Albertans across this province don’t have access to a family doctor,” said Notley. “Over the past two years, the people of Medicine Hat have nowhere to go to ask about those smaller medical problems. You know, the ones that if they aren’t addressed, subsequently develop into much larger medical problems. They have no ongoing relationship with a doctor over the years, none of the continuity of care that’s so important to staying healthy, or to managing a chronic condition.”

Notley noted the Alberta NDP understand there is a shortage of practitioners across the country but “only in Alberta has the provincial government been so openly hostile, and so intent on chasing doctors and other health frontline health care professionals out of their clinics.”

At the press event, Notley invited some residents to speak who are affected by the crisis, including Ashley Stevens, who lives with multiple sclerosis.

“I do have a specialist in Calgary that I see once a year but multiple sclerosis, flare ups don’t work on a schedule. They’re unpredictable and sometimes entirely debilitating,” said Stevens. “That is why it is so critical for me to have access to a family doctor, one that understands my diagnosis and my care plan. Despite being registered with a local family doctor, the strain on the healthcare system and the lack of family doctors in our community means it is nearly impossible for me to get an appointment.”

Stevens noted that her options without regular access to a primary care physician were walk-in clinics or the emergency room, both suffering from long wait times, and during the height of the pandemic, a significant risk to her as an immunocompromised person.

“Under the UCP government, I have experienced additional barriers and longer wait times, see a doctor, while slashing health care funding and their war against doctors has caused an exodus of medical professionals from our city,” said Stevens. “As patients like me are suffering. I would like to see our province return to a place where people in their health are cared for and cared about.”

Notley continued to share several stories, including those of a cancer survivor for whom access to a primary doctor could mean catching a recurrence early, or someone who was relying on walk-ins for help with a back injury and a WCB claim.

“These are real people, and they are suffering from the consequences of the UCP’s bad choices. There is a better way, and I will lead us in that direction,” said Notley. “Should I become premier of this province in the next election, we need to bring real resources to the frontline in our hospitals and our ambulances. Most importantly, we need to rebuild a relationship of trust with all of our health care providers on the frontline.”

“Medicine Hat should be an attractive destination for family doctors, quite honestly, from across the country and around the world. More importantly, young Albertans born and raised here should be able to access medical school and want to do their residency here and then launch their practices here,” said Notley. “Now, money is part of that. But when a doctor is deciding to move, or deciding where to move their family and start their practice, it’s also important for them to know that they have a government that respects their profession and respects the system within which they work and the objectives that they make so many sacrifices to achieve.”

There are many challenges ahead to repair the damage that has been done, said Notley, and it will take collaborative work with those who are at bedsides and in ambulances, but she and the NDP are ready to put in the work.

“Albertans know that they can trust Alberta’s NDP to focus on restoring and protecting the health care system that they and their families so desperately need to be put there for them,” said Notley.