A Bellydance Odyssey a culmination of a dream 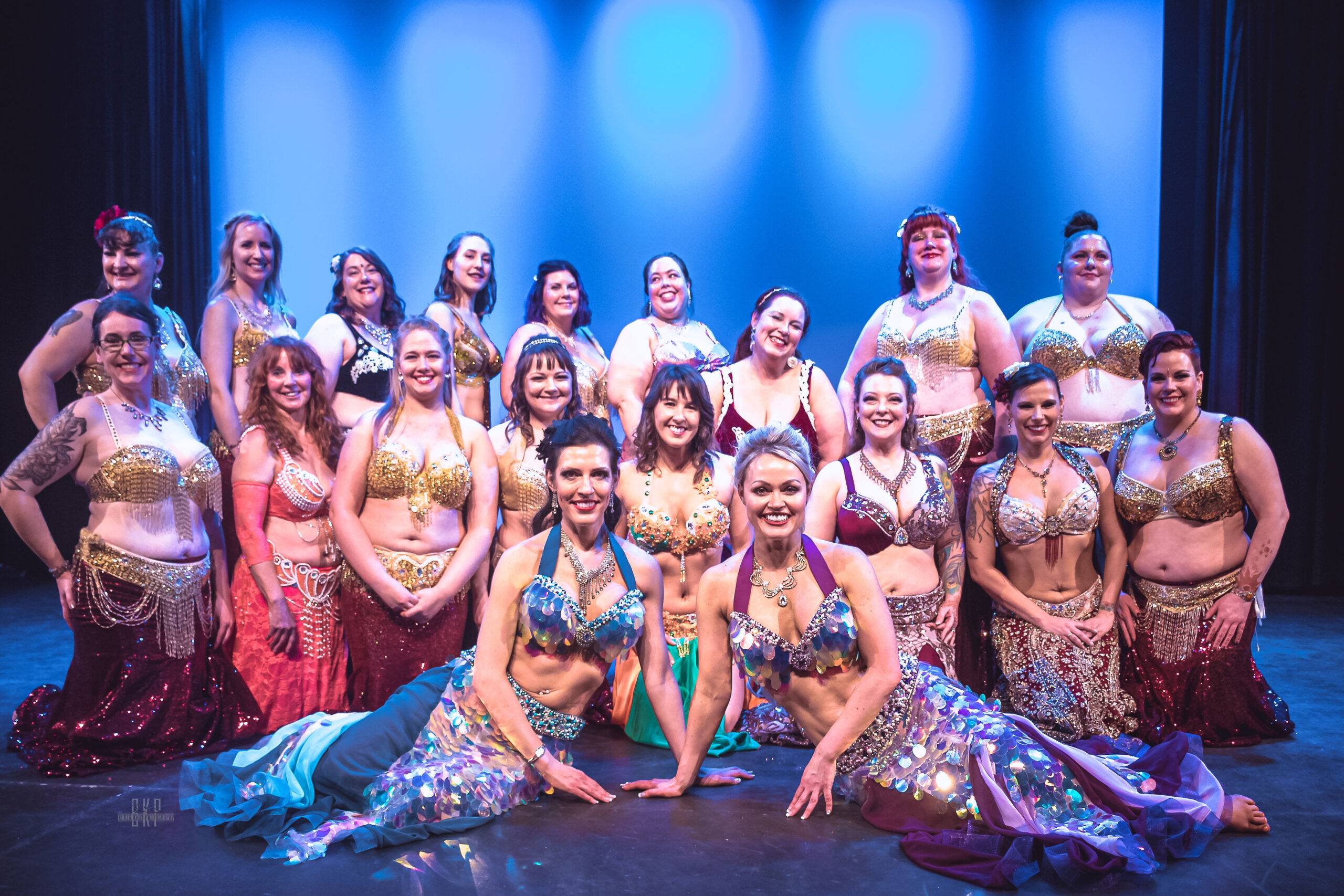 The Tone Fitness and Dance group based in Medicine Hat has been working hard at the Big Marble Go Center for the last while.

Tone’s owners owners Lindsay Perry and Krista Vandermulen lead a bellydance group and while it is not only just for wonderful exercise, it’s a healthy stress release and ultimately incorporates into a way of life. This particular group of 25 bellydancers and the duo are working towards a particular goal of putting on a production.

On Dec. 3, Tone’s production of A Bellydance Odyssey takes place at the Esplanade starting at 7:30 p.m. It is expected to last about 120 minutes.

The duo wanted to do something before the Covid-19 pandemic, but it just didn’t happen in time.

Perry and Vandermulen are sisters as well as partners. Perry says putting on a major production will demonstrate their strengths and abilities on a variety of levels.

“Business-wise, our strengths compliment each other pretty perfectly. (Vandermulen) is a graphic designer with a degree in visual communications and a specialty in fine arts. She designs/beads costumes and props, takes care of our creative marketing materials, and she is a wizard with choreography,“ says Perry. “I am trained in marketing and administration. I take care of all organizational elements, event planning, media relations, etc. I’m also a natural choreographer. Between us both, we have created choreography for every single piece that will be featured in A Bellydance Odyssey.”

This is not their first foray into doing a larger scale production. They have gone to different communities for festivals and functions, but this will be the first large scale production in Medicine Hat in recent memory.

“We have done a large stage production in Lethbridge as well as Saskatoon, and in both centres the audience had the same feedback – shock at the high caliber show we deliver. You’d be surprised how many times we are compared to Vegas performers,” explains Perry. “We have also done smaller-scale local events outside of Medicine Hat when the timing/opportunity is right…for example, a Greek Night Out in Maple Creek and we’ve also done a Greek Night in Bow Island in the past.  In these cases, a restaurant owner books us as entertainment – it’s an entirely different experience than a choreographed stage production.”

Perry notes that her and Vandermulen’s attraction to the art form was instant. They enjoyed it as soon as they started it and never stopped.

“We loved bellydancing immediately.  We are sisters; neither one of us had the opportunity to do any traditional dance like tap or ballet or jazz while we were growing up…but both of us are naturally creative; and we both love and understand music,“ explains Perry. “Bellydance was something we didn’t know we were craving, but once we started it – once we drawn into the world of costuming and performing – a fire was lit and our lives were forever changed.  It has been such a pleasure to go through these spectacular times with my sister.  I know not many others so lucky to have such experiences in their lives…much less with their sister.”

Perry ad that inn terms of culture/history – bellydance originates in the middle east.  It is a style created by women, for women (ie – not for men).  It is a celebration of the feminine spirit, and it is often used as a way to train women through movements in preparation for child birth.  Western culture has glamorized / sensualized it, but gradually it is becoming less taboo …especially locally, where people have seen the Tone group for over a decade.

“I think most people realize that our ‘brand’ of performed bellydance is theatrical and dramatic; I actually think that’s a big part of its appeal,” notes Perry. “In the studio, the feminine spirit is the driving force.  On the stage, the drama is the driving force!”

“We find that word of mouth tends to work best – a dancer will have a friend that comes in to see us perform at a festival — Spectrum, for example — and then they end up trying it,” says Perry.  “When we do have shows, like the one coming up in December, we put posters up in these areas and hope to drum up some interest in that way.”

They two of them have had the Tone group going since 2003. Like much of Western Canada small businesses and social groups, the business was hurting during the pandemic-restriction period but through hard work, communication and dedication by all involved, Tone stayed together. It was getting pretty dire and if hadn’t been for financial prudence, they may not have lasted.

“Honestly – our savings account.  We stopped paying ourselves and relied on our savings, and we were pretty much down to our last dollar when things finally started to open back up again…if we had to go one more season without running a session, we would have had to close our doors,” explained Perry. “We did do a couple virtual sessions, but they simply weren’t the same because the ladies weren’t able to connect with each other as they are used to.   The virtual sessions were not popular, and would not have been sufficient to carry on with any success in the business.

Beside the finances, what kept them and their supporters going was the the realization of what everyone has been a part of and learned, in every facet.

Yes, many of us incorporate other physical fitness in our daily lives. Krista and I go to the gym every day, she teaches aqua fitness, some ladies do yoga, some enjoy the outdoors quite a bit.  Bellydance is on a different level altogether; from a physical standpoint, it is a gentle/low impact form of movement that it works the core abdomen in different ways (undulations, pelvic tucks, chest/rib slides, and so many other movements powered from the core).  From a holistic stand point, bellydance is an indescribable connection between women through unified movement.  By being in the studio or on the stage with other diverse women, we give and receive positive energy that can’t be matched anywhere else.  We have all been through major life hardships…we’ve danced through them together, and when anyone comes to the studio feeling ‘down’, they always leave feeling better.  It’s just so good for our mental health…once ladies experience this energy and create these bonds, they tend to stay.  And that’s where the longevity comes from.”

They have been doing it for a long time and are dedicated to it so it is not a surprise to learn there is no plans to stop anytime soon. Perry loves it and is thankful they are doing what they love.

“Krista and I laugh about this often!  Neither one of us plan to hang our hip scarves up any time soon, although the purpose of our dance may change along the way.  Right now, we are happiest chasing the big stage and the bright lights.  But if community interest happens to wane in the future, we have discussed that it may just be the two of us taking on the world as many other soloists/duets do…or perhaps we will simply continue to carve out time in a basement studio together like we did during Covid just to feel that familiar therapeutic energy from dancing together.  Bellydance has provided us with some of the most special moments  we have ever experienced – its enriched our lives and allowed us to do the same for others. I just can’t see us putting that to rest any time soon.”

A Bellydance Odyssey is at the Esplanade on Saturday, December 3 with tickets available through tixx.ca and are $35 each. One can also visit the Tone Facebook page or go to the website at http://www.toneit.ca