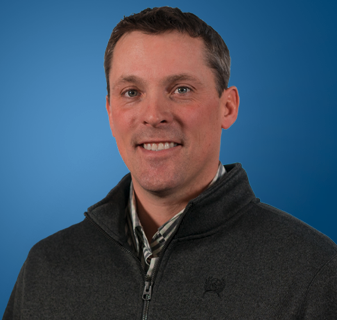 With a new mandate letter and $2.5 million in funding for agriculture for life to support labor demands, Minister Nate Horner of Agriculture and Irrigation is hard at work addressing the needs of Albertans.

These efforts include issues with access at the Port of Vancouver, which the ministry is working hard to resolve.

“We’ve all heard the stories about the problems at the ports lately in general, but there is a desire from the port authorities to expand and grow their business or the ports,” said Horner. “We do have some concern we’re seeing that shift from from the bulk carrier side to more the container business. So we are a little worried. We don’t want to see, you know, a shifting of burden or or rates applied to the bulk side, maybe to pay for and build out the container business. We don’t want to see that shift of burden, because we know that that cost will trickle down right to the farmer.”

The ministry is in ongoing talks with Saskatchewan and Manitoba to stress the importance of the port to the province, and to find solutions.

The funding that is now in place to support labour demands is intended to trickle down in the form of grants across the province, said Horner, and a close eye will be kept on it to ensure the advantage is spread across Alberta.

Another major concern is the modernization and expansion of irrigation, something that is an extension of ongoing efforts.

“We’re very proud of the work that we’ve started on this file. It’s the first major infrastructure investment in irrigation infrastructure since probably the 50s,” said Horner. “That deal was not easy, it was a three way partnership with the Canadian infrastructure Bank, with our existing irrigation districts, and the GLA and so that’s, that’s a little easier. You’re finding efficiencies, you’re using existing water allocation. You’re adding acres by converting canals to pipe and other efficiencies. Some of what I hope we can look at going forward will be potential to develop irrigation in areas that currently don’t have it.”

Horner added that he’s looking “under all the rocks” to discover how else irrigation can be improved, and acknowledged how important the industry is in southern Alberta, where he mentions some cross-ministry work to help the region flourish.

“We’re trying to grow agriculture in every sector, you know, and, and, and attract investment that can allow us to, to add value to the production we currently have,” said Horner.” But that area in the South that you know, it’s the premium agri food corridor in the country, and we want to continue to grow it. And so I think that that also is part of the reason why you’re seeing things like the highway 3 twinning.”

Horner was eager to point out work in keeping Alberta competitive in the agricultural market.

“The real piece that I’m excited about was the number one directive in the letter. You know, it pretty well said to, to not only ensure that Alberta is in a competitive place when attracting agri food manufacturing and processing investment,” said Horner. “We’ve done a lot of work over the last year and we’re proud of the work we’ve done in the last three years. You know, we had some broad goals to attract agri food investment over our four year term. And we achieved those goals a year early. We did it in three years. We wanted to attract 1.4 billion in agri food processing investment and create 2000 jobs. And yeah, we accomplish that a year early. So we’re proud of that but I see this mandate letter as chapter two of that.”

“There’s so much more opportunity out there. I believe Alberta can land so many more. Good investment deals, create jobs, add value,” said Horner. “I’m very excited about making sure as a province, we’re doing all we can to highlight this sector and beyond creating, you know, tax revenue and jobs for the province, creating more value for our primary products. I think all ag producers in the province can really get behind that as an initiative.”