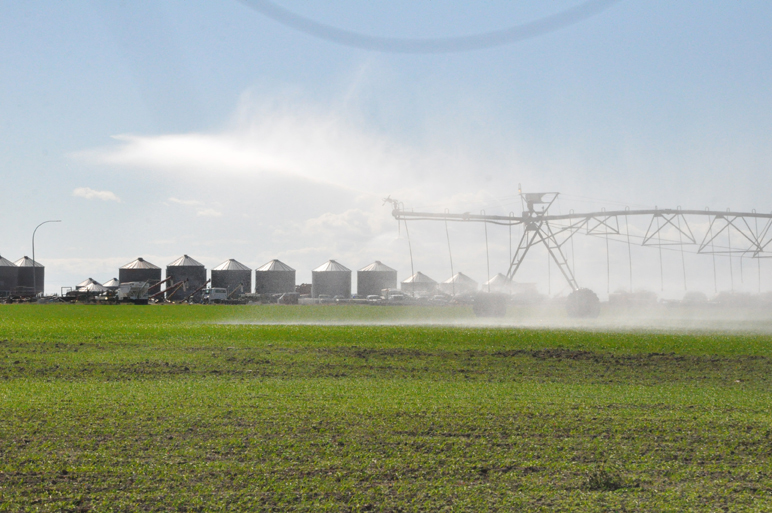 The St. Mary River Irrigation District would like to remind anyone looking to update their systems for the 2023 season to stop by and talk to them before February to make sure that things are complete in time for the coming irrigation season.

This should be no surprise for longtime irrigators, said David Westwood, General Manager of the district.

“We try to do this on an annual basis. And it’s basically just a reminder to irrigators that if they are interested in doing some enhancement projects, in relation to their properties, to be able to ensure we can get them done or at least efforts, depending on the scope of the project, we need to know about it by February 1st,” said Westwood.

“We send this out so that irrigators have enough time to come in and meet with us and outline whatever changes or upgrades or whatever they need, we gave some examples in the notice,” said Westwood. “And that allows us to be able to probably meet most of the demands, prior to water season, which these days is usually right around the end of April, beginning of May.”

SMRID isn’t expecting any more construction work than usual, but with supply chain issues, it’s more important than ever to get the requests in early, especially if irrigators want the district to do the work as opposed to hiring their own approved contractors. This is common, due to the quality standards for SMRID.

“They can either hire an accredited contractor that we’ve worked with and do it and then we approve the plans, or they just basically hire us to do it. We obviously work in conjunction with each other to make sure it’s done to a standard that meets (everyone’s) standards,” said Westwood.

Those with plans for the year are asked to submit requests as soon as possible, since the February 1st deadline does not guarantee execution by the District, as surveys, design drawings, acquire materials, crossing agreements, and easements. Each aspect takes time.

“It’s just taking longer than traditionally it was pre COVID. The earlier the chance to come in and discuss what their proposed projects are, the better chance we’ll be able to get all those supplies. Again, we may still run into difficulty and not be able to do it in the spring if we have supply issues,” said Westwood.