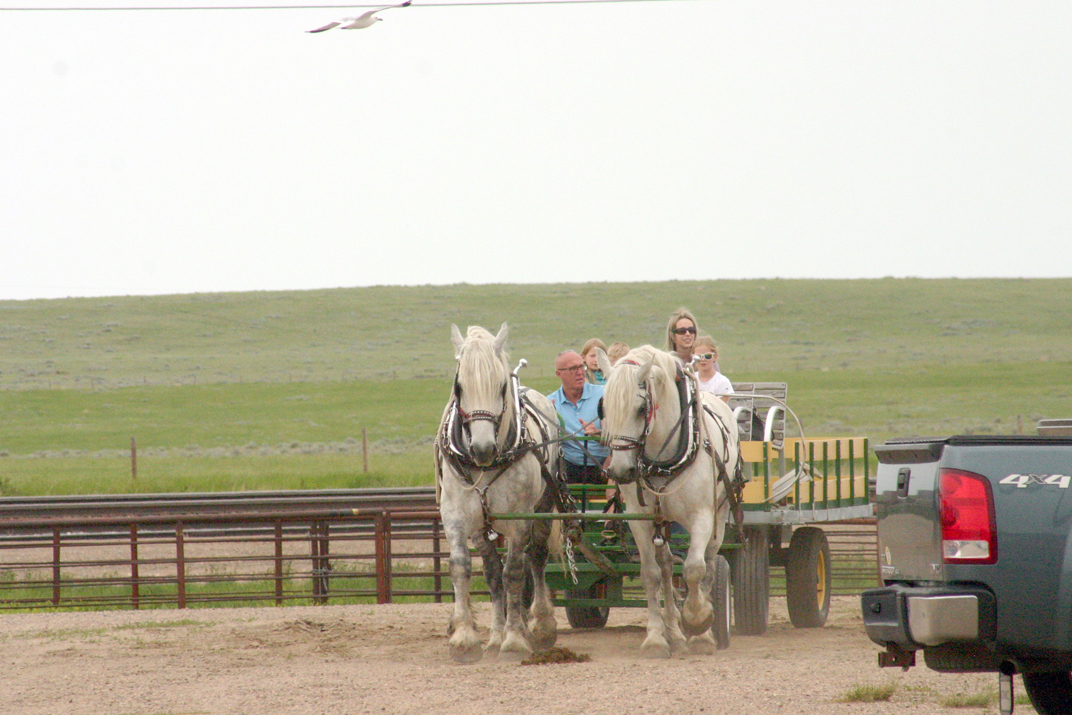 1. Glen Motz was busy on Saturday June 18, after being in the Redcliff Parade that morning, he was seen at the Dunmore Equestrian Centre in the afternoon where he held the reins of the team hooked up to the wagon taking spectators around the arena. Commentator/Courier photo by Samantha Johnson

The Heavy Horse Team Competition was held June 18 at the Dunmore Equestrian Arena. There were 10 teams from Alberta and Saskatchewan. These gentle giants did not disappoint the crowd.

The teams 10 maneuvered through 10 different obstacles. The most difficult ones were the parallel parking, key entry hook up, and the dock & 180° fan.

The horses and drivers brought us back in time to horse drawn carriages. Following were the winners:

Kyle Forbes from Suffield has a perfect score with his team of Bay Clydesdales: Max & Winslow.

Second place was Clint Bertram from Maple Creek, SK with his Percheron Cross Mares: Bell, and Jess with a score of 96/100.

Third place was Mike Hopp from Langdon, AB with his Percheron Mares; Daisy and Dolly with a score of 90/100

The next Chore Team Competition is in Swift Current June 30.