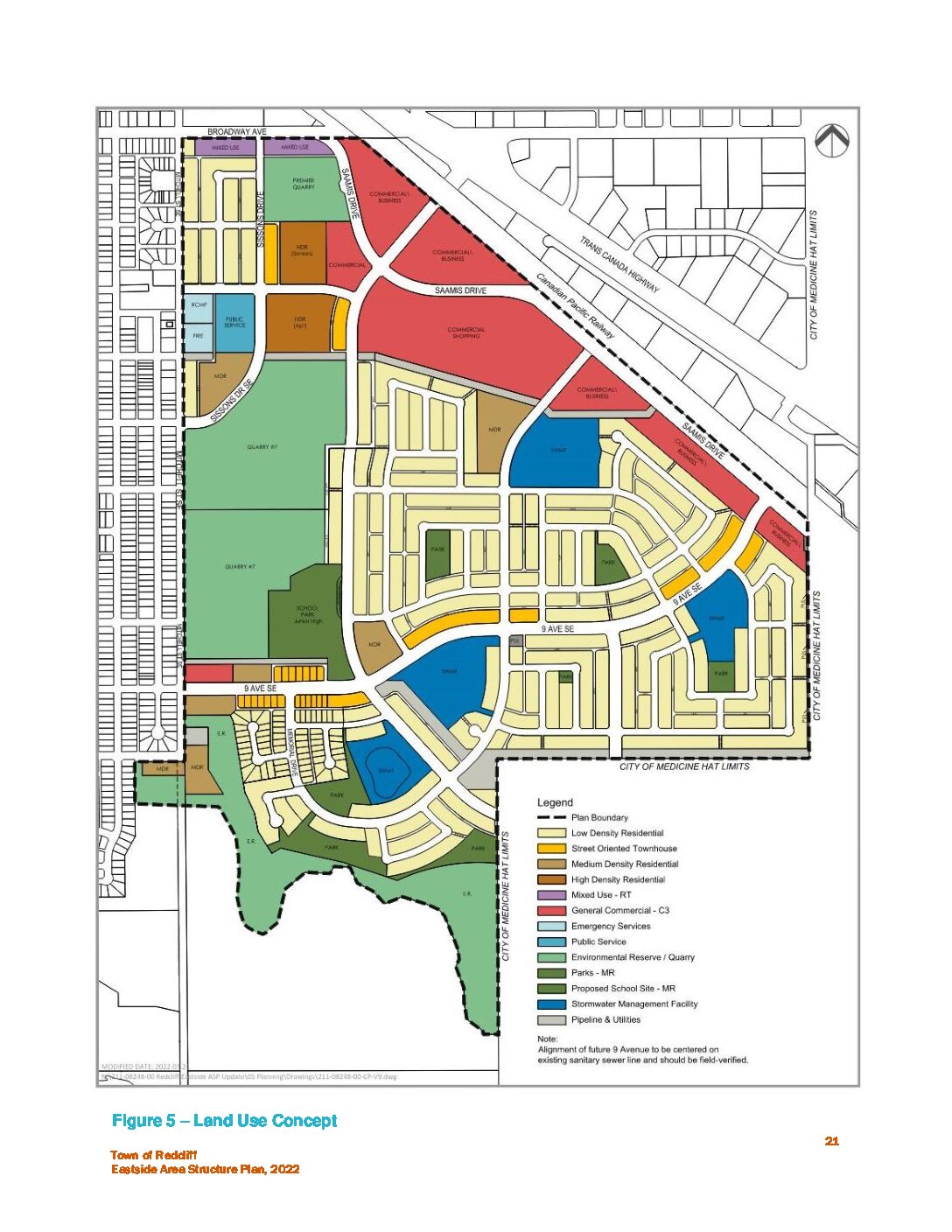 With the feedback from the Open House in hand and considered, the Town of Redcliff looks forward to bringing the Eastside Area Structure Plan in for the first reading of the bylaw.

“The Eastside ASP is particular to an area on the Eastside of Redcliff, east of Mitchell Street; it will help the Town guide future development and growth within the area,” said Antoni.

The plan has officially been in the works since July 2021, said Antoni, though feedback from before this has been part of the decision making process.

This work is important, explained Antoni, as it could guide the development of the eastern side of Redcliff as far into the future as over 50 years at full build out, which could nearly double the population of the town.

It’s because of this large impact on the lives of residents that meetings like the one held on April 13th are so vital.

“The Open House went well, although we had hoped for a better turn out.  The meeting was held both virtually as well as in person, with residents attending both,” said Antoni. “We always hope for community interest in projects like this, as this is an important stage to determine how the community grows in the future – It is important for this plan to incorporate their ideas and input.”

The feedback on the plan was largely positive, noted Antoni, though some wanted to know when the development would be taking place, which is dependent on the interest of developers; the plan is only a guide for future projects.

“Other concerns raised were about the existing Eastside development.  For those issues, I would encourage residents to submit a budget request form,” said Antoni. “This form can be found on our website and is available now.  Submissions must be submitted by August 12, 2022 to be considered for the 2023 budget.”

With all of this in mind, the plan is being put forward for first reading at the coming council meeting, though Antoni encourages anyone with concerns to still reach out.

“If there are any questions or comments on the plan, I would be happy to hear them.  This plan is for the community – their opinions and thoughts should be incorporated.  The more feedback we receive, the better the plan will be,” said Antoni.