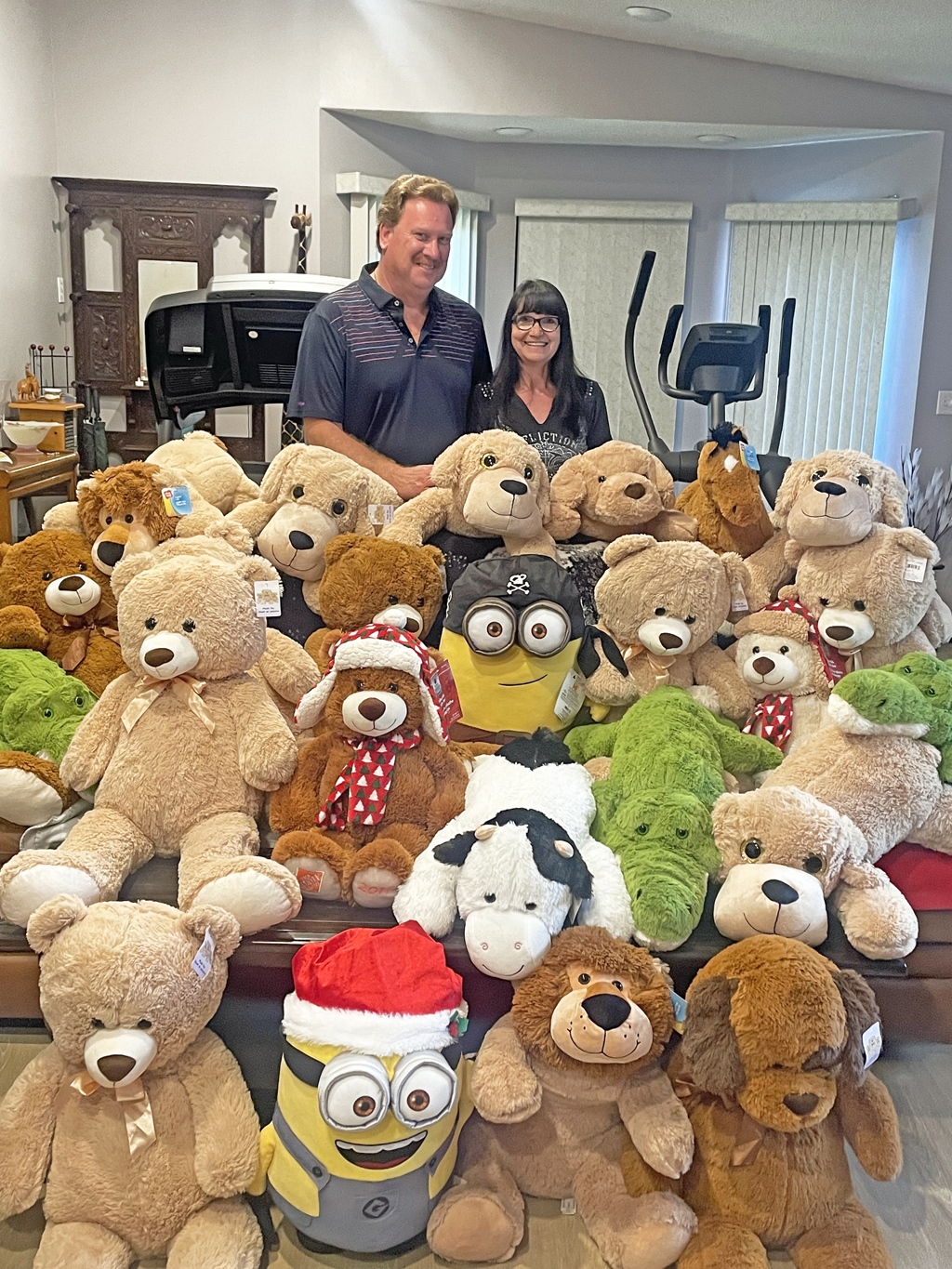 Emergency Services throughout Cypress County and Medicine Hat are working hard to bring friendly, fuzzy faces to children in need of a friend.

The Medicine Hat Health Foundation recently posted a need for stuffed animals to hand out to children at the hospital, as they were unable to source them in their usual fashion due to supply chain issues.

This was something that HALO, as a staff, saw as an opportunity to help an organization that they already work closely with.

“We’ve transported kids and we understand how anything can make a difference to making sure that a kid is feeling comfortable,” said Paul Carolan, CEO of HALO Air Ambulance. “Whether that’s the child is the patient, or even if we’re transporting a parent and the child is flying with us, something as simple as a stuffed animal can make all the difference in the world. So, we took it upon ourselves as a staff, not actually as the HALO program, but our pilots and our flight team, donated some money and went to pick up some teddy bears, so the Health Foundation would have them.”

Carolan said that they also issued a challenge to Cypress County, Medicine Hat Police Service, and Medicine Hat Fire Department, as a part of their community of emergency service providers.

Cypress County has risen to the occasion, having collected more than 75 stuffed animals at a drop-off box at the county office, as well as approximately 50 teddy bears at the Irvine Hotel, where owner Louis Hasham has been collecting them on behalf of the county.

“We had our biker Tuesday night, and the guys who came out last night donated about 50 teddy bears and different types of stuffed toys,” said Hasham, who added that the current “Battle of Alberta” in the hockey world has helped increase traffic and therefore donations.

“We’re really big supporters of this cause. Well, any cause, really, we try to raise money for any special event that’s going on. But this one really brings it home, home a little better for us because we have three grandchildren,” said Hasham. “We would hate to see anything happen to them and kind of imagine if they were in the hospital without a teddy bear, you know, something to comfort them.”

Cypress will be collecting stuffed animals through to June 3rd. The donations need to be new, clean, and preferably bagged, as the Health Foundation cannot accept anything they would require cleaning.

“We do this all for the kids,” said Reeve Dan Hamilton. Hamilton and his wife donated more than two dozen new stuffed animals to the cause.